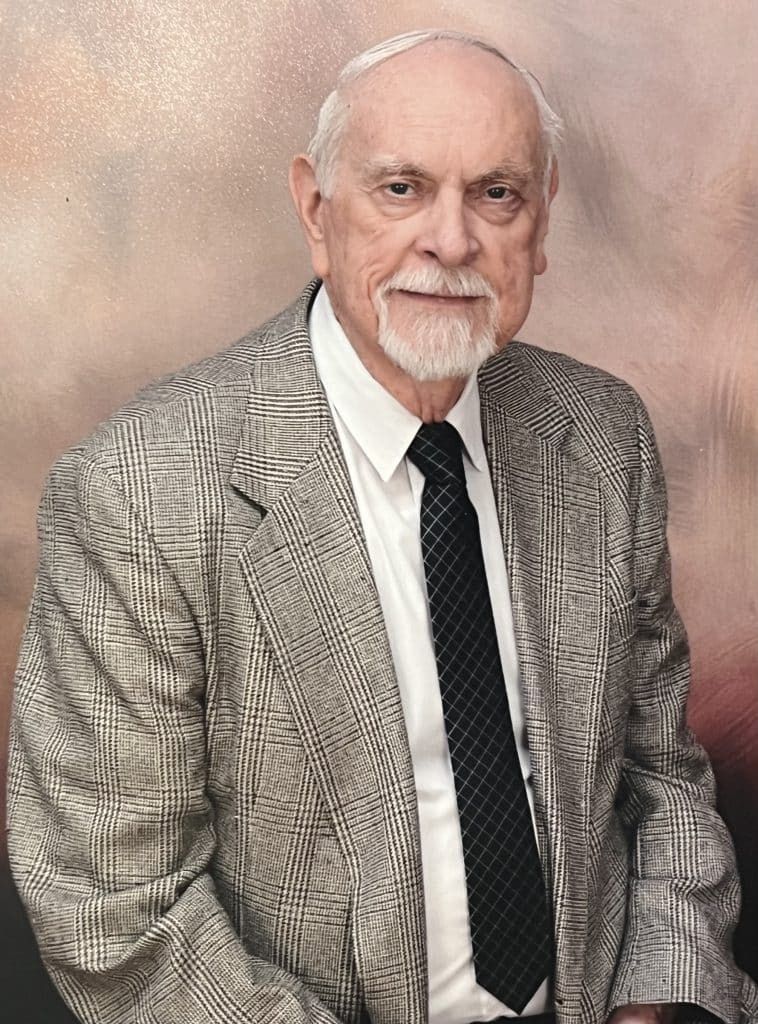 Albert Allen Dyer was born June 30th, 1934, in Higginsville, Missouri, the fifth child of parents Cleveland William “Teeny” Dyer and Ethel Darlene (Ham) Dyer. He passed away October 31, 2022, in Kansas City, MO at the age of 88, 4 months and 1 day.

In the summer of 1944, at the age of 10, he and his family moved to Kansas City, Missouri. He graduated from Westport High School in 1952, and then in 1956 from Central Missouri State College (now known as University of Central Missouri) in Warrensburg, Missouri, with a B.S. in Business Administration. During his high school and college career, he played basketball, which remained a favorite sport of his throughout his life. He was the only member of his family to graduate from college.

From 1957 – 1959, he served in the US Army, most of which was spent in Little Rock, Arkansas, in the 5th District Headquarters, after completing his basic training at Fort Collins, Colorado. During that time, his army unit was called into duty in Little Rock as part of the peace keeping force needed to successfully integrate the public schools. Also, he met Leila Louisa Brickell, who was in nurses training in Little Rock, whom he married August 30, 1959, in her hometown of Marvel, Arkansas, after which they settled in Kansas City. She began her nursing career at the original Menorah Medical Center, and soon after he began his lifelong career in the financial department at the General Motors Leed’s Plant.

Their first child, Jeffrey Allen Dyer, arrived in October 1960, and they moved to their home in Independence, Missouri just prior to the birth of their second child, Paula LeAnn Dyer in March 1963. Thier third child, Laura Lynne Dyer, arrived in July 1968.

He retired from General Motors in 1989, after 26 years of employment, when they closed the Leed’s Plant. In 1992, his beloved wife, Leila, lost her battle with cancer, which she had bravely fought for more than two years.

He was a member of Blue Ridge Christian Church (Disciples of Christ) from 1964 to 2005, where he served many years as Deacon, an Elder, and as a Trustee, as well as his two-year stint as the Vice Chairman of the Board.  He was also a member of the church choir for many years. He married his second wife, Janelle Elizabeth (Motley) Gerard there June 15, 2002. They met in 1995 singing in the Declarations of Independence Choir – which he had been a member for several years prior, where they continued to sing, as well as singing in the church choir. They also sang together for a few years in the Raytown Community Chorus.

In 2003, they moved from his home in Independence, where he had resided for more than 40 years, to Kansas City, Missouri, and to their current home in 2008. In 2005, he and Janelle became members of Raytown Christian Church (also Disciples of Christ), where they both joined the Chancel Choir, and he also was a lay leader for many years.

When the Kansas City Metro Men’s Chorus (KCMMC) began in the fall of 2001, he became a charter member and sang with them in their first concert in Feb. 2002. He continued to sing with them throughout the next 10 years, which gave him great joy – especially watching the faces of the audience as their signature male sound raised praises to God and helped each church’s chosen charity raise needed funds. What also pleased him was the presence and support of Janelle at every one of these concerts.

His lifelong photography hobby also brought him great pleasure, and the home was graced with his black and white photographs, which he enlarged, matted and framed. Along with music and these photographs, he also had a great love for the Chiefs and Royals from the time they arrived in Kansas City, which continued throughout his life.

Also dear to him were his many nieces and nephews, most of who, he reconnected with at the July 2015 Family Reunion for a Royals game in one of the suites at the Kauffman Stadium- which was one of the winning games that led the team to the 2015 World Series, which they won! he loved all of you so very much.

So many friends were special to him along the way, and you know who you are; however, two who preceded him in death bear honoring…his best school, college and lifetime friend – John Novak- who was the reason he began his career at Genral Motors….and his bass singing buddy, Ed Faust- who sang with him all those years in the KCMMC, Raytown Church Choir, and the Raytown Community Chorus.

He felt he loved a blessed life and God was with him each step of the way. May you all feel that he touched your lives the way you touched his.