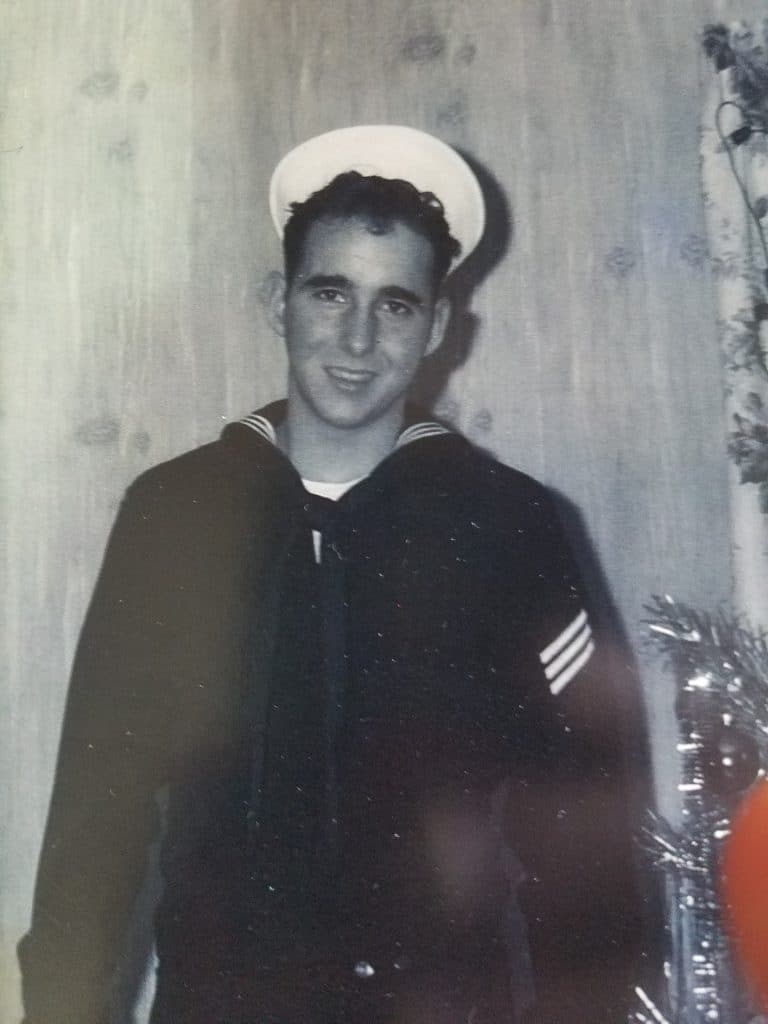 Albert Carl Thomas Kerr born on April 13, 1946 in Southgate California passed away on October 6, 2020 at the age of 74 after battling cancer for three decades.  He was the son of Zella L. Franklin, Albert M. Kerr and Harry W. Lay.  He was one of four brothers including Billy, Junior and Donald.

Albert Kerr proceeded schooling through high school until he enlisted in the Navy as a Seaman Recruit on July 19, 1963 where he served on the USS Atakapa ATF-149 as a Gunnery to provide maintenance of the ship’s guns and safe storage of the ammunition. He was honorably discharged November 24, 1969. Following a long family tradition of military service in the Armed Forces of the United States.

He was the Father of three children with Claudine Kerr-Murphy and together they raised Troy Kerr “my boy”, Penny Kerr “Penwin”, and Russell Kerr “turkey legs”. During their life together he  started up a roofing company called Al’s Roofing in 1977 and continued his business throughout 2005 with his kids assistance. They remained together for two decades and shared several adventures traveling, skiing, camping (Bigfoot scary stories), and family reunions with the Kerr’s/Murphy’s. He was also the grandfather of three beautiful grandchildren Deserae Kerr, Blake Kerr and Tiffany Kerr, sister in law Shannon Reimers; and Michelle Bell mother of Tiffany Kerr; including a great grandfather of Klowii Kerr, Haden & Maverick Hedges. He was proud to work hard to provide for his family so that he could lay the foundation for his family legacy to continue.

He later remarried Evelyn A. Horn on January 20, 1989 and lived together for the next 14 years until her passing in 2003.  Becoming a stepfather to Wendy, Lisa, Dawn and Michael. They had many loving memories and enjoyed each other’s company including walking Wendy Levy down the isle. Throughout his remaining years Albert stayed with Pat Simmons and later with his daughter in Clinton, Missouri.

Throughout his life he enjoyed many activities including swimming, boating,  skiing, dancing, being an expert fisherman, playing bass guitar, telling many humorous jokes and creative imagination (Stevie’s Lawn Service), motorcycle rides, winning several pool & bowling tournament awards. Overall, he was extremely talented at everything he set out to accomplish following his mother’s creative artistry.

Albert was also proficient in supporting, fundraising and gathering donations for many different charitable organizations. He was proud to support the Comanders Club-Disabled American Veterans, St. Joseph’s Indian School,  American Legion, Toys For Tots, Wounded Warriors, Susan B. Komen Foundation, Law Enforcement Officers and St. Jude’s Children’s Research Hospital. Because of his hard work and devotion he was awarded with several Certificates of Service over his lifetime.

Honoring Alberts wishes, he wanted to donate his body to science to continue his lifelong gift of helping others. A military service with honors will be held at a later date.

Our father will be greatly missed, and we will always cherish all the moments shared both challenging and loving. May he rest in peace and be with his loved ones in heaven including Al and Billy’s best friend, Jimmie R. Carpenter.

…Until we meet again, Dad. Your boy, you daughter and son.

Love always and forever, your family and friends!