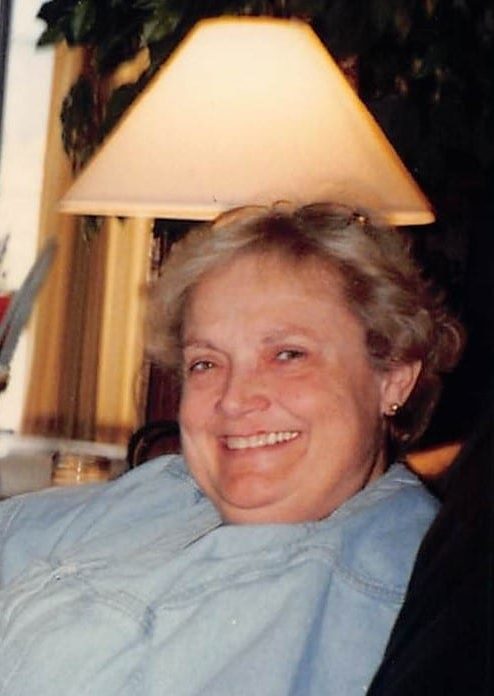 Anne Lucille (Meyer) Will, 78, beloved daughter, mother, grand-mother and friend, passed away Tuesday, October 12th, 2021, at St. Luke’s Hospice House, with her family by her side.

Anne, the oldest of four children, was born March 29th, 1943, in Steele City, NE to Orvel and Lucille Meyer. She was raised on the family farm in Palmer, Kansas and graduated from Linn Rural High School, Linn, KS in 1961. Anne received her Bachelor of Science in Modern Language from Emporia State University in 1965. While attending college, Anne volunteered for youth services at Messiah Lutheran Church, where she met her husband Donald Will of Herrington, Kansas, whom she later divorced in 1986. Aside from being a mother, Anne wore many hats during her full life, she was a librarian at Wyandotte High School, she worked as a bookkeeper for Coca Cola, she sold Avon and Tupperware, she was a Cub Scout den mother, a Blue Bird leader and an avid supporter of local youth sport teams. She was the owner of two restaurants, a catering business, catering to some of Kansas Cities elite and published her own cookbook. In her later years, she embraced her crafty and artist side, as she was always looking for that next creative project and artist outlet. Anne was an accomplished water-color artist, an avid quilter and seamstress who loved to share her art and craft creations, with all she knew.

Anne enjoyed gardening, being outdoors, time spent with family and friends, sharing in good food, good conversation, lots of laughter sometimes brought on by her unpredictable sense of humor and the occasional afternoon beverage of choice. She was a thoughtful soul, she enjoyed helping people, she was a good listener, though she could your biggest critic and yet your biggest cheerleader, always a true hostess and friend. Out of all of Anne’s loves and accomplishments during her life, her one true love and favorite hat was being called grandma.

Anne was preceded in death by her father, Orvel Meyer, her mother, Lucille Meyer, and her sister, Dorothy Gerhart. She leaves behind to cherish her memory, two children – her son David (Kristin) Will of Kansas City, MO, her daughter Kristen Will (George Showalter) of Kansas City, KS, five grandchildren – Andrew Shepherd, Alex Chaffin, Alyssa Prince, Daniel Will and Edith Showalter, one sister Jean (Ron) Barta of Evergreen, CO and a brother Dr. Warren (Nanci) Meyer of Eagle, CO, her brother-in-law, Ed Gerhart, many other relatives, a lifetime of friends, her grand dogs, Shelby and Tucker and her calico companion, Muriel.

Visitation will be held from 2 to 3 p.m. on Saturday, November 6th, immediately followed by her celebration of life service from 3 to 4 p.m. at Heartland Cremation & Burial Society Chapel. To view the service live, click HERE.  Her ashes will be spread in a private family service on Sunday, November 7th, at the family farm in Palmer, Kansas.

In lieu of flowers the family suggests memorial donations be made to Harvesters, the Metro Lutheran Ministry or the charity of your choice. To leave a special message for the family online, please visit www.heartlandcremation.com