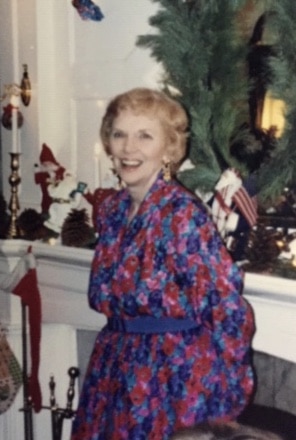 Barbara was born July 18, 1924 in Brookside, Kansas City, Missouri. She attended Southwest High School and graduated with Honors in 1942. Barbara was given a full scholarship to attend Mills College in Oakland, California and Vassar College in New York. She chose to go to Mills in California for two years. She came home after that to attend the University of Kansas and pledged the Chi Omega sorority, graduating with a Bachelor of Science in Journalism with a Minor in Art History.

Barbara graduated college in 1946 and traveled Europe for a year visiting England, France, Germany and Italy and witnessing the immense destruction from World War II. Upon her return to the United States she took a job at Transco, a large oil company in Houston, Texas where she worked in the Public Relations Department. She remained in Houston until she met the love of her life Clabe Scott Long.

Clabe and Barbara returned to Kansas City to get married and moved to Fairway, Kansas. They both started the company CS Long and Associates of which Barbara was Vice President and L and H Oil Company, where Barbara served as partner.. They maintained a home in Fairway and Clabe’s family ranch in Archer City, Texas where Barbara was a member of the Texas Cattle Women.

She was preceded in death by her loving parents George Gilbert Moffett and Vera Anne Moffett and her sister Dorothy Moffett Orr.