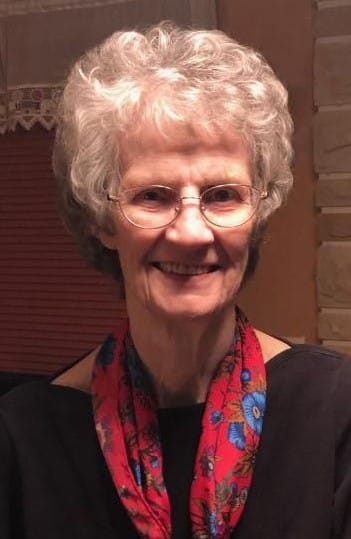 Barbara A. Sellers of Independence, MO (formally of Kansas City, KS) passed away October 17, 2022. She was born on October 24, 1935, to Charles and Margaret Barnhardt. She was raised in Kansas City and graduated from East High School in 1953.

Barbara worked for Sears at Tower Plaza for 24 years before retiring in 1992. She later was the Minister of Missions for 1st Southern Baptist Church in Kansas City, KS.

Barbara was an expert at stretching a dollar and finding bargains. Although she didn’t have a lot, she was always willing to share with others. She loved her family (both biological and those she chose to call family). As a mother she loved her children unconditionally and could snap them back into line by peering over her glasses with her mother stare or calling them by their entire name. She was a woman of great faith and had been waiting for the day she would be called home to Heaven.

Barbara was preceded in death by her parents. She is survived by her husband William G. Sellers, sister Linda Doss, sister-in-law Judy (Ronnie) Bullard, children Michael (Wanda) Swanson, Kathy (Tom) Stack, Steve (Becky) Swanson. Although Barbara only had 3 children by birth, she claimed Steve (Helen) Riley as her bonus son. When she married Bill, she gained a second daughter Melissa (Eric) Matthews.

Services will be on Tuesday, October 25th at Heartland Cremation and Burial Society 6113 Blue Ridge Blvd, Raytown, MO. Visitation will be at 10 am with the service at 11 am. Graveside service will be at Memorial Park in KCK at 1 pm.

If you are unable to make it to the service, you may click on the following link Barbara Sellers Livestream Service to view the livestream that will start at 11:00 AM