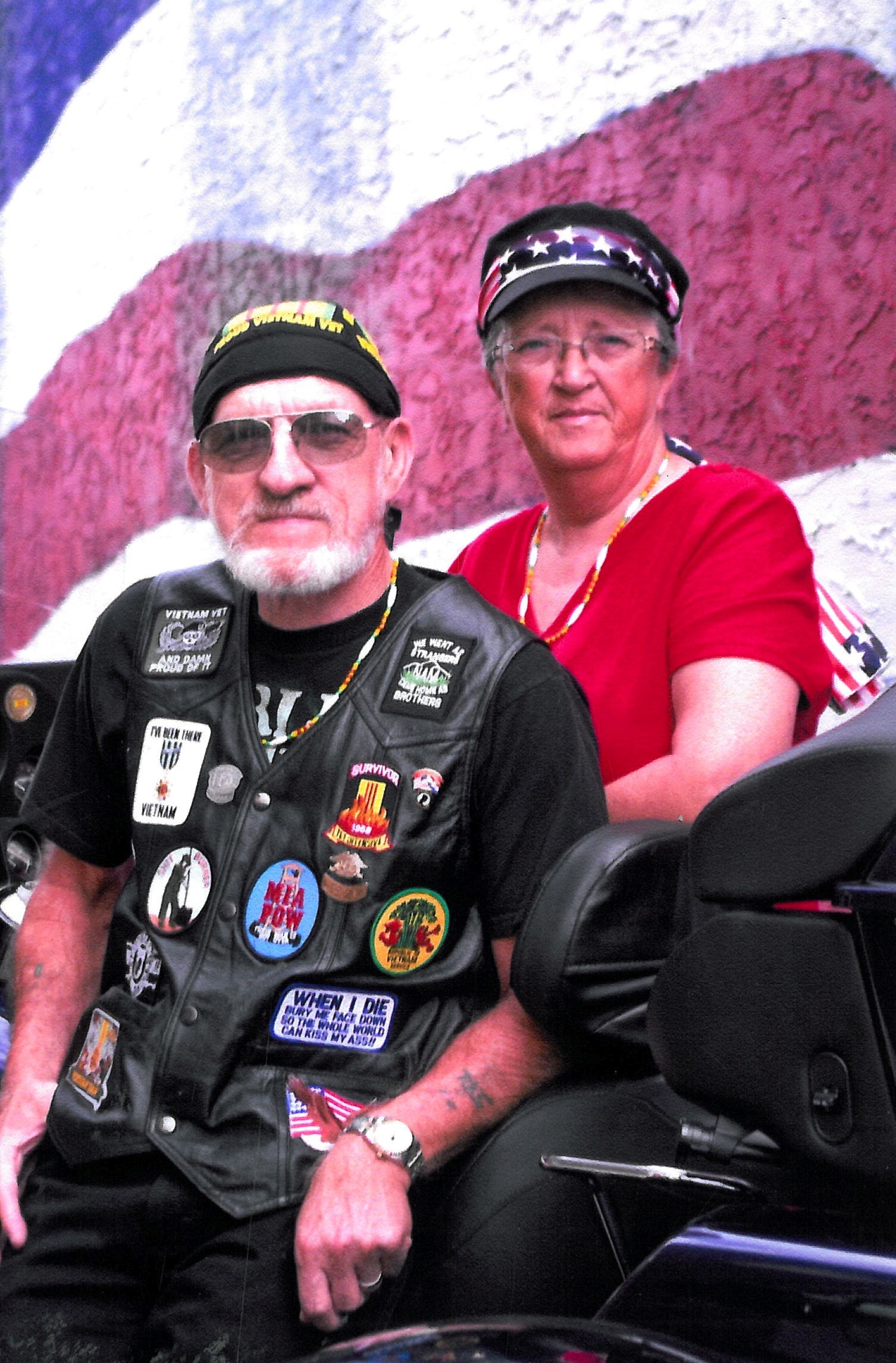 Beverly Coram of Kansas City, MO, passed away Saturday morning Sept. 8, 2012 at the age of 64. Beverly was born July 20, 1948 in Kansas City, Mo to Bernie Sr. and Betty Pennington.  Beverly graduated from Grandview High School in 1966. Beverly worked for many years as a shirt presser at the Wash House in Raytown. Her favorite job was a claim consultant for VFW at The VA Medical Center in Kansas City.  She helped many veterans while at that career and even after she retired. Beverly held all the offices in the VFW Aux. District 6, including District President in 1998-1999. She also held all offices in the MOCA Grand of Missouri including Grand President in 1991-1992.  Beverly enjoyed doing many things, making crafts, watching the deer and hummingbirds and at the age of 63 she received her CCW. Her most recent enjoyment came from riding behind her husband on their trike.  She collected anything red, white and blue, eagles, ladybugs and rocking horses.

She will be greatly missed by  many. If she were with us today, Beverly would say her greatest accomplishment is her 2 grandchildren and 3 great-grandchildren.

Beverly is survived by the love of her life, husband of many years, Richard (RC) Coram, her daughter Cheri Nicholson, granddaughter Amanda Jackson and her husband Heath, grandson Chester (Chet) Nicholson, 2 great-grandsons, Hayden and Josiah Jackson, great-granddaughter Hayleigh Jackson, a sister Berna Hughes, a brother Bernie Pennington, Jr. and many nieces, nephews and many friends

Beverly is preceded in death by her parents, Bernie Sr. and Betty Pennington.

Memorial Contributions should be made to the family to offset funeral costs.