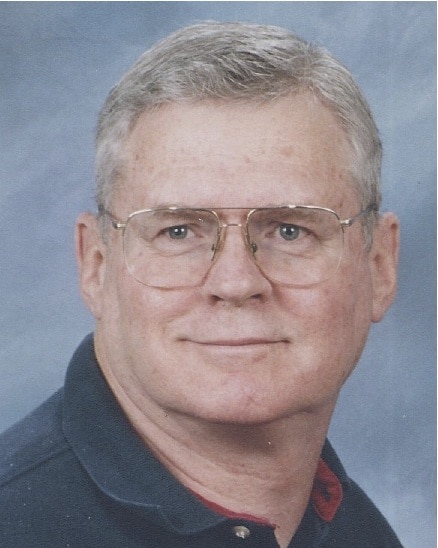 Bill was born in Hill City, KS on February 5, 1944.  In 1951, his family moved from Hill City to Ellsworth, KS and then on to St. John, KS.  When Bill was eleven years old, his father died.  Following the death of his father, his mother and two brothers, Joe and Jack, moved back to Hill City.  The following year he and his brothers were raised by their Grandmother Chalfant while their mother went to cosmetology school.  During this year he remembers “pink pancakes” made with leftover corn and tomato soup.

He had particular fond memories of Hill City.  Ringneck ballgames, dragging main, parties on the Solomon River, driving too fast on Tindle Hill and shooting rifles inside abandoned chalk farm houses were great memories for him.  Working a paper route, at Trexler’s Grocery Store and as a farm hand kept him busy.  Football, baseball, basketball and track and field were very important to him.  These coaches were his “father-figures” for which he was grateful.

He went on to play football at Dodge City Junior College and then to Emporia State on a track and field scholarship throwing shot put and discus.  He eventually transferred to Kansas State University where he studied Fish and Wildlife.  After graduating from KSU in 1968, he completed a Master’s Degree in Fisheries and Wildlife at the University of Missouri in Columbia.

Following college, he began a career with the U.S. Department of Interior, Fish and Wildlife Service in La Crosse, WI.  He later transferred to the National Fishery Research Laboratory in Columbia, MO.  He eventually became the Director of this facility until he suffered a stroke in 2001.

Bill loved the great outdoors!  He was a sportsman, gardener and wildlife advocate.

Bill was born into the family of God in September 2010 when he accepted Jesus Christ as his Savior and Lord.  Bill’s new life began, and he developed a love for God’s Word as he continually drew nearer to the Lord in prayer and worship.  Bill often said he was blessed to know the Lord Jesus and thankful that his wife, children and their families have received Christ too.  Bill’s family eagerly awaits the Great Reunion in heaven.

Please indicate “Bill Mauck Memorial Fund” on memo line of check when contributing to either charity.