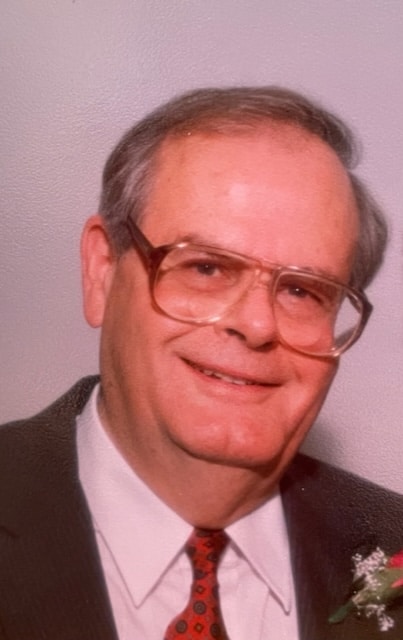 He was born in Austin, Texas on September 3, 1931 and was predeceased in death by his parents, Fantly P. Hall and Willie Jane (Barber), along with his sister Jan (Banta) and her husband Fred. Bill is survived by his wife Dorothy (Meyer) and their two sons; Brent, and his wife Renee, Blake, and his wife Allison along with four grandchildren; Brittany, Rachel, and her husband Michael, Megan and Ben.

Bill was a 2nd Lieutenant in the U.S. Air Force for approximately 5 years where he served as a radar observer and flew in fighter jets. He obtained Bachelor and Master of Science degrees in Petroleum Geology from the University of Kansas, and began his career in the oil and gas industry working for Sunray DX Oil Company in Oklahoma City, Oklahoma as an exploitation geologist. He later moved to Enid, Oklahoma and worked for Ward Petroleum Corporation prior to starting his own company.

Bill was also an Elder in the RLDS Church where he served for most of his adult life. Bill had a great zest for living and thoroughly enjoyed all stages of his life, especially his years working in the oil and gas business where he often referred to those glory days as his “Camelot”. Bill enjoyed spending time with his family and friends and will certainly be missed.

A graveside service is planned for the family, and in lieu of flowers, donations can be made to the Alzheimer’s Association, 3846 W. 75 th Street, Prairie Village, KS 66208 or online at www.alz.org.