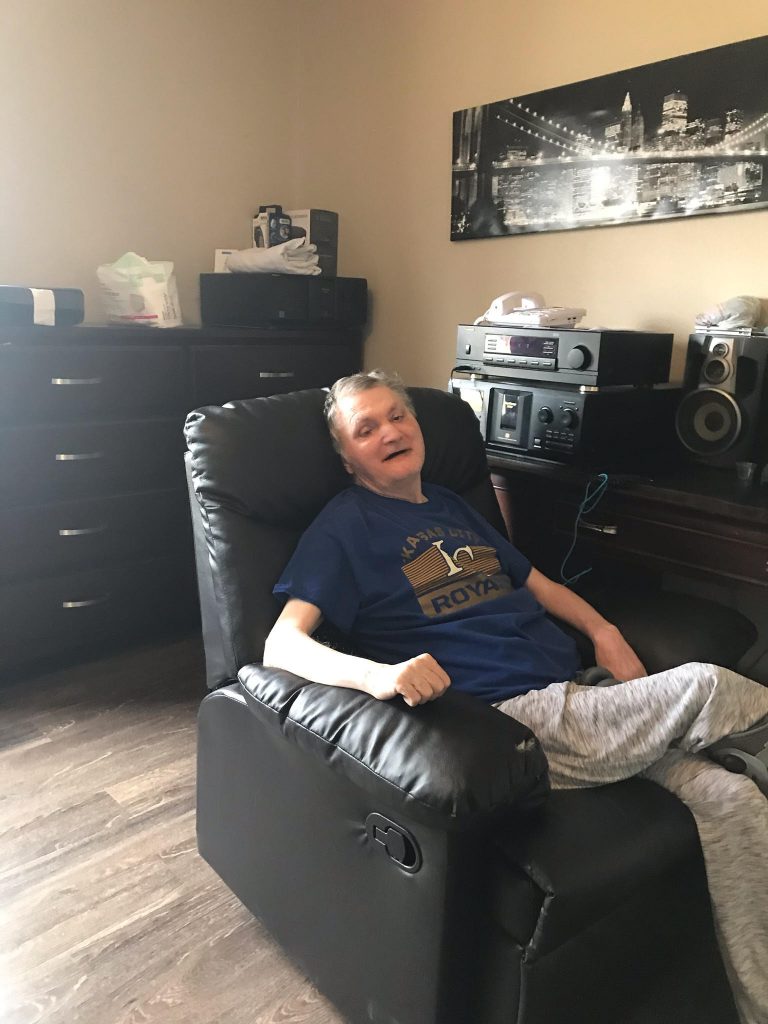 Bobby was born on December 25, 1958 in Elgin, IL, the third child of what eventually became five. Bobby was born blind and with intellectual disability but he lived life to the fullest, he loved his music and had collected mass quantities of cd’s, if he was awake, the cd’s were playing. Bobby worked 28 years at Southeast Enterprises, eventually convincing us he needed to retire, so retire he did. He spent his days listening to music and eating, he loved to eat, especially mashed potatoes and chocolate pie. Bobby will be greatly missed by all of us. Thank you to his staff who cared for him, your efforts do not go unnoticed.

Bobby was preceded in death by his father, Bill Brunk, Sr. and his mother Wilma Brunk-Kagarice, his maternal and paternal grandparents, nephew Jordan Daniel Brunk, his Uncle George Brunk and his beloved Aunt Katherine and Aunt Lavada.

Memorial contributions are suggested to: your favorite charity or cause.