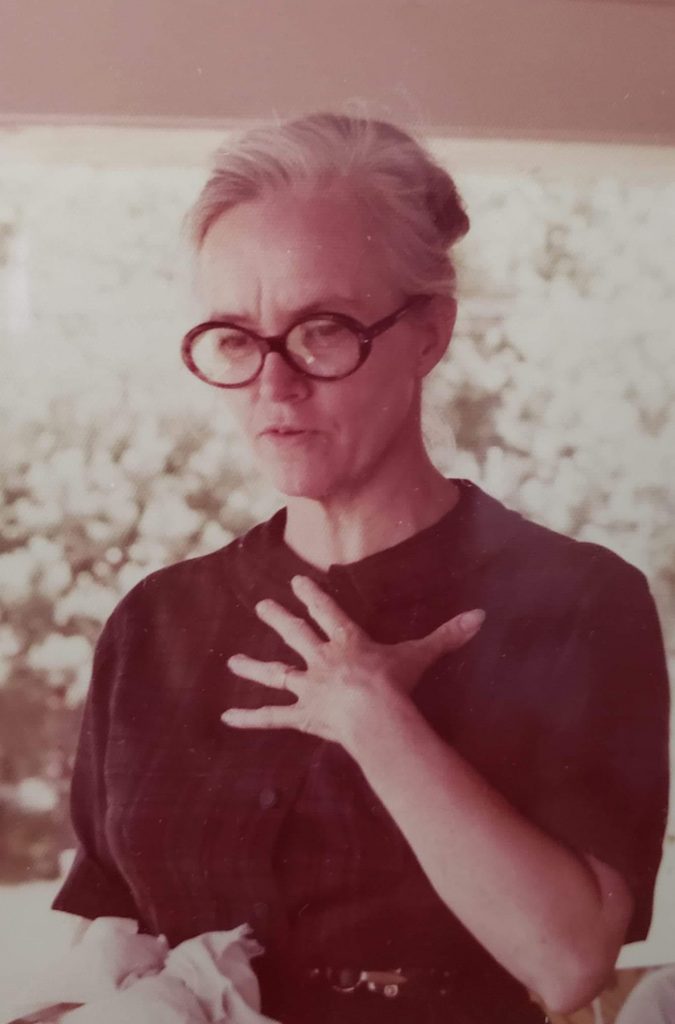 Calista Thomas Dunham was born July 8, 1924 in New Cambria, Mo, to Leighton and Mary Humphreys Thomas. She married James Lindley Dunham August 11, 1946. He died January 13, 2009. Her only brother, Clifford Thomas, died in 1976. She is survived by one sister-in-law, Kae Lynch Thomas, and four daughters: Mary and David Huffine, Nancy and Bartley Burke, Amy and Paul Parkinson, and Jane and Brad Young. She had eight grandchildren: Leah Huffine Vincent, Della Peña Burke, Amanda Burke, B.J. Burke, Calista Parkinson
Martin, Karen Parkinson Pritchard, Mary ( Beth) Elizabeth Young James, and Daniel Young, and eight great grandchildren: Madeline Armstrong, Stella Armstrong, Alejo Peña Burke, Peter Martin, Lucy Martin, Maci James, Hannah James, and Fletcher Young. She was also survived by numerous dearly loved nieces and nephews.
Love of family united with concern for her community in her whole life. As a member of the United Church of New Cambria/Macon County Larger Parish, she served on the church board, as church treasurer for many years, on the parish council, in the missionary society, funeral dinner ladies, and as moderator of the presbytery. She served as treasurer of the New Cambria Cemetery Association. After the death of her father, she took his place on the board of the Bank of New Cambria and served until 2002. She spent many happy years in the CNC extension club.

She was a 4-H leader for children and grandchildren teaching them and many others to knit, sew, or to plan their home grounds. She herself knitted constantly through meetings, concerts, ball games, and car trips whether short or long. All the family had sweaters, mittens, hats, scarves and afghans. The only thing she didn’t make was socks. She stopped knitting socks when WWII ended. She pieced quilts for her grandchildren and many others with the quilting ladies of the First Christian Church in Macon.
It was a waste of time looking for her in the house in summer – she was in the garden. She produced and preserved enough veg and fruit for the entire family, churned butter, and baked bread, cookies, cakes and pies. She also sewed all the clothes for herself and her four daughters except coats, socks, and underwear.

She was always curious and continued to research and learn all her life. She read constantly and loved to introduce others to her favorite authors. She hated to think of anyone being without a book. She continued keeping the family history records started by her mother which led her into genealogy research. She took computer classes and purchased her first computer when she was 66. She researched genealogy queries that came to the courthouse and library for many years.

Grandchildren living away were proud to receive the weekly email from Grandma – and children found them much easier to read than that third carbon we used to get! She kept track of all her family members and was communication central for addresses and phone numbers. She wrote innumerable letters to family and friends extending encouragement and support. Being kind to everyone was her life’s goal.

Visitation will be held on Wednesday, June 26 from 4-7 PM at the United Church of New Cambria.