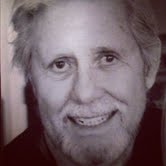 Carl I Brown of Kansas City, died Friday, August 10th at age 82. He was surrounded by his loving family and wife (Molly) of sixty years. He was revered as a pioneer in the mortgage industry, a true entrepreneur.

A Central high school graduate, who played violin in the City Orchestra, also lettered in football and track. Carl attended the University of Kansas where he was a member of the track team and lettered for 3 years. He graduated with a degree in Chemistry, and went on to serve in the armed forces, stationed in Angoleum France for 2 years. Molly joined Carl in France where his love affair with travel was born.

Carl and his brother Gene started Regional Realty and Investment in the early sixties and later founded Carl I Brown and Company which he and his sons and son-in-law built into a national company. Carl loved the world of business, but mainly teaching it to the younger generation and handing his legacy of knowledge of hard work to his children……they were his inspiration.

Farewell Grandpa! We love you so much and will miss you!