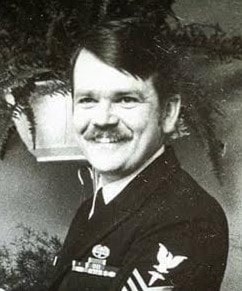 Cecil served 22 years in the military serving both in the Army and the Navy. He was awarded a purple heart during his service. At the end of his 22 years of military service he began battling PTSD. Cecil was diagnosed with Dementia in the early 2000s and battled it up until his passing.

He leaves behind his wife, Sharyl; two sons, George and James; daughter, Stefani; ten grandchildren; and one great-grandchild.

Cecil joins his eldest daughter, Angela in peace. They will both be forever loved, remembered and missed.