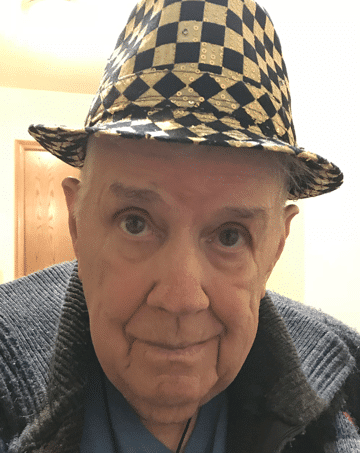 Charles Edward Blackmore, 89, Shawnee, KS passed away December 13, 2018 at Homestead of Lenexa. Charles was born November 27, 1929 near Nevada, Mo to Ralph and Rose (Shanks) Blackmore. He was one of six children. After high school he joined the US Army and served honorably during the Korean War Era. He married Peggy V. Turner on July 3, 1951, while he was home on a 3 day pass.

Charlie lived in the Turner area of Kansas City, KS for more than 60 years. He was a retired Teamster who worked for Rock Island Motor Transit and Consolidated Freightways. He enjoyed reading, riding motorcycles and attending motor sports events such as, hill climbs, dirt track races and the Daytona, FL Bike Week. He was an avid Chiefs fan, holding season tickets from 1972-2015. He was known around Kansas City’s night life as “Dancing Charlie”, “Cowboy Charlie”, and “Hat Charlie” to his many friends. He loved to share a good joke.. or even a bad one, and was quick with a smile.