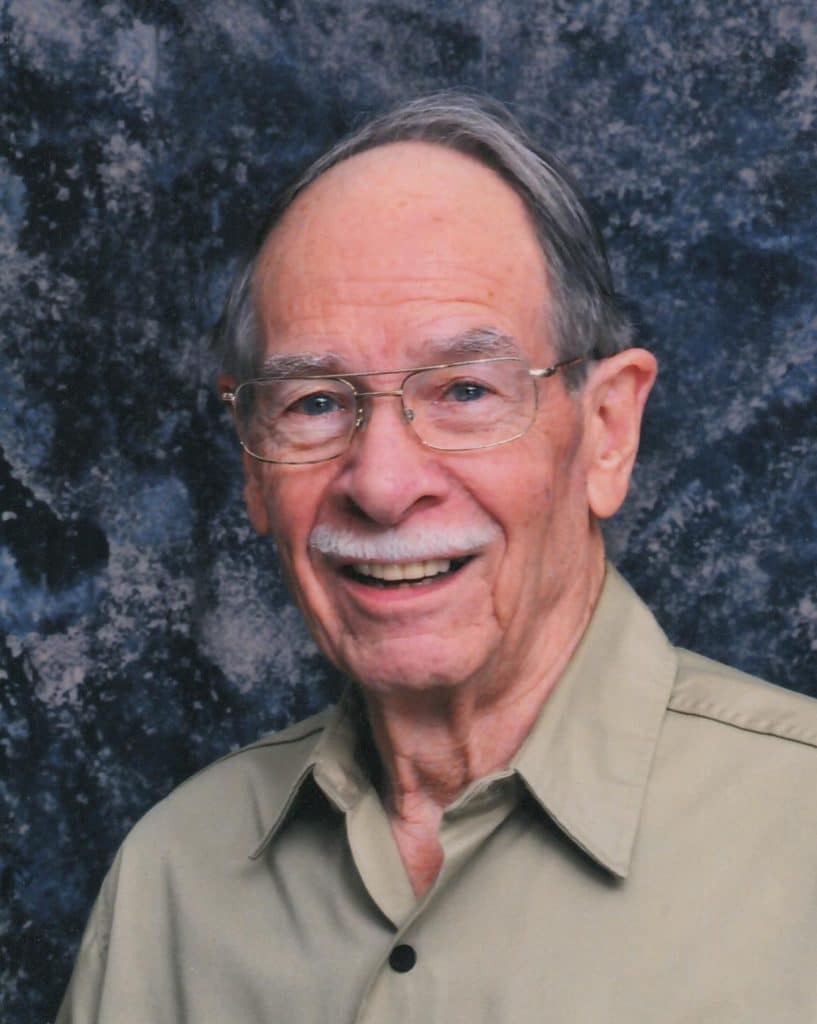 In Loving Memory of

A life-long resident of the Kansas City area, Charles moved to Columbia from his home in Overland Park, Ks. in 2009. He resided at Candlelight Lodge until January 2018, when he entered hospice care at the H.S.T. V.A. Hospital Community Living Center.

Charles was born in Kansas City, Mo. and moved with the family to Belton, Mo when he was sixteen. He graduated from Belton High School and became a union carpenter. After the Pearl Harbor attack he worked for a year in Hawaii as a draft-deferred civilian carpenter. He entered the Army in 1943 during WWII and served in England and France in the 501st Quartermaster Battalion as a clerk. He was honorably discharged in 1946 with the rank of Corporal.

He returned to Kansas City and worked as a carpenter and married Virginia White in 1948. They honeymooned in New Orleans and returned to live in a house he built. They had Diane in 1950.

He worked as a carpenter in construction, and later formed La Mar Construction Co. with his father and built filling stations all over the American West.

After Virginia’s death in 1970, he married Jeanne Brown in 1972 and moved to Overland Park, Ks. He embraced her grown daughter Sandy and her children as his own, becoming their beloved “Poppi”. He enjoyed traveling, hot cars, and television. Later he worked as a project manager for Kroh Brothers Construction.

He is fondly remembered at Candlelight Lodge as a gentleman who always wanted to help.

A second memorial service with military honors will be held at 10:00am, Saturday, May 5, 2018, at D.W. Newcomer’s Sons Johnson County Memorial Gardens, 11200 Metcalf, Overland Park, KS.