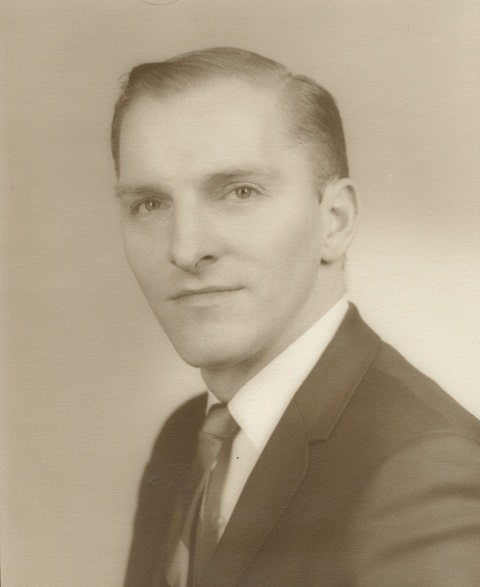 Charles Marvin “Chuck” Alexander,  80, passed away February 8, 2012, after a brief illness.  He is survived by his loving wife of 61 years, Barbara Alexander, whom he loved from the moment he met her on her 16th birthday, February 21, 1948. Together they have five children: Dan Alexander (Denise), Bobbie Stewart (Jim), Gary Alexander (Laura), Randy Alexander (Sue), and Pamela Jones (Chuck).  He is also survived by two brothers: Jerry Alexander (Joanne) and Ron Alexander (Terri), and half sister, Edwina (deceased),  14 grandchildren and 9 great grandchildren, numerous nieces and nephews, and many brothers/sisters-in-law, all of whom he loved deeply.
Chuck served four years in the United States Air Force.  He then moved his family to the Pacific Northwest where he worked his way up in sales and management in the elevator business.  His last working years were with Otis Elevator, of which he was very proud to be a part.  He was involved in the Boy Scouts of America, and was both a Scout Master for his three sons, and served on the Council for many years.  He loved to take his family hiking, camping and fishing, and even hiked to the top of Mt. St. Helens with a friend.  He and Barbara had many wonderful years sailing in the Puget Sound and San Juan Islands, and enjoyed traveling. After retiring to Conconully, Washington, Chuck was elected Mayor, twice.   He was a man of conviction to do the right thing, loved to laugh, and has a quiet and steadfast faith that has carried him home to be with God.
There will be visitation on Saturday, February 25, 2012 from Noon to 1:00 p.m., followed by a memorial service from 1:00 p.m. to 2:00 p.m.  at First Church of the Nazarene, 11811 State Line Road, Kansas City, MO 64114.  Private burial will take place at a future date in Conconully, Washington. The family asks that memorial contributions be forwarded to Alex Sanasam, their “adopted son from India”, c/o Bibles for The World, PO Box 49759, Colorado Springs, CO 80949. Please reference account number 41190.