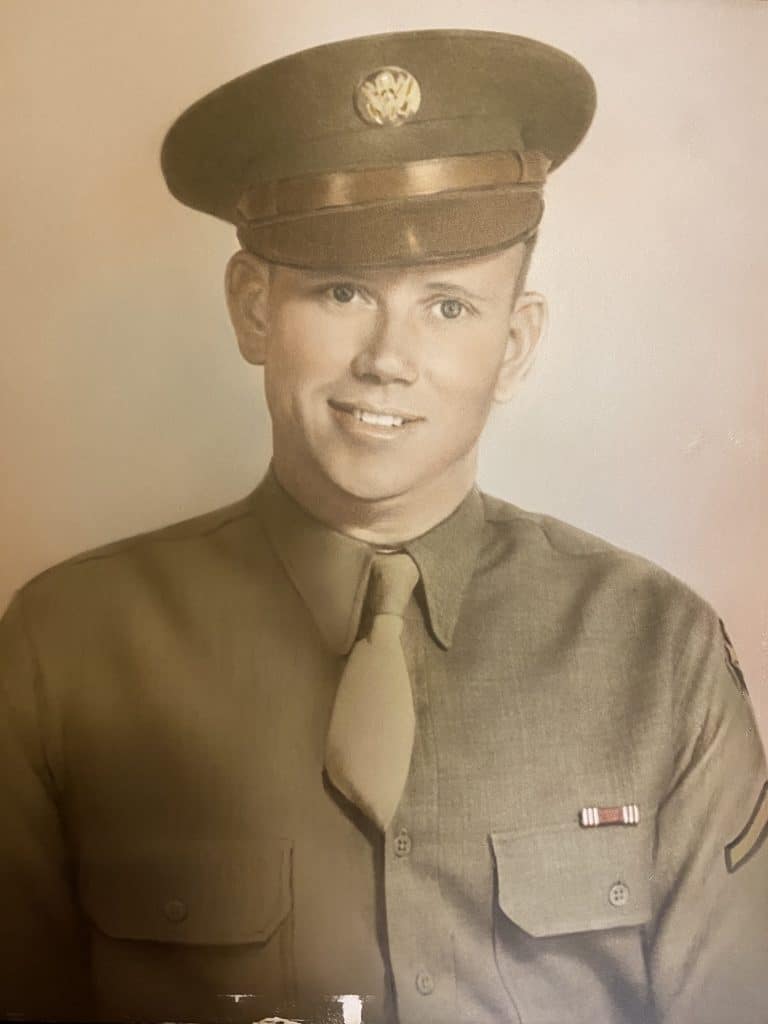 Charles Raymond Altermatt, 98, a longtime resident of Kansas City & Independence, Missouri, passed away June 16, 2020. He was born Oct. 19, 1921, the son of Edward and Katie “Lovan” Altermatt in Douglas County, Missouri. The youngest of seven children – two boys and four girls.

In the summer of 1942, he answered the call to serve his country in World War II from 1942-1946 on the Santa Ana Army Air Base (SAAAB) in southern California where he was in the Army Aircore. He was in the CC Camp.

Charlie served with the 445th FTR Squadron in the American Theater of Operations, receiving the Good Conduct Medal and World War II Victory Medal. Throughout his life, he remained a proud veteran, often sharing military history through his “war stories.”

On Aug. 19, 1949, he married Laura Deuel, his beloved “Bea.” They made their home in Kansas City and later moved to Independence, where they raised two daughters. Laura passed away on January 23, 1998.

Charlie will be missed by many friends and relatives including, nephew, Leroy & Maridith Benfield of Poplar Bluff, Missouri; neighbors, Robert and Nancy Stark; caregivers, Nispa Bryant and Phillip Lipka. He was preceded in death by his parents, four sisters and two brothers, wife, aunts, uncles, cousins and other relatives.

The family is accepting flowers or  suggests memorial contributions to the DAV, a nonprofit national organization supporting disabled veterans and their families (dav.org).