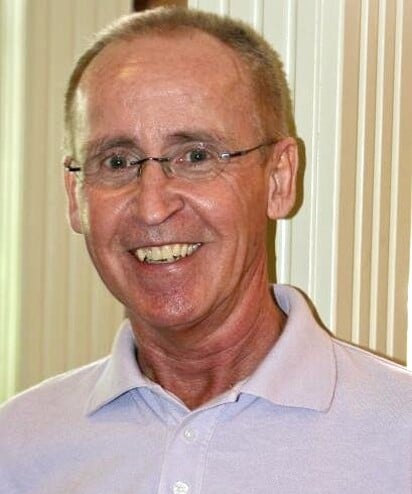 Chris was born in Moberly, Missouri and grew up in Raytown, Missouri. He attended William Jewell College in Liberty, Missouri, graduating in 1973 with a B.A. in Biology. He worked in commercial banking before joining Cerner Corporation, a leading supplier of software to the healthcare industry.

At Cerner, Chris worked sixteen years as a solutions architect. He traveled the nation helping hospitals and medical facilities configure Cerner’s software. He especially enjoyed his time in England and Europe when called on to travel abroad. He loved his coworkers, and they loved him. He retired in 2014 to pursue full time genealogical research.

Chris became interested in genealogy shortly after graduation from college. One grandmother was influential in his early research, sharing stories of her family origins. Another grandmother led him to research in New York and early New Netherland which became his primary interest. He researched his family’s origins, uncovering history back into the 1300s. He published articles in several genealogical periodicals. He loved traveling to New York on fact-finding missions and once delivered an address to the New York Genealogical Society at the New York Public Library. Chris tirelessly helped countless other families with their genealogies. He even taught himself how to translate genealogies from Dutch to English.

From childhood, Chris was very bright. His brother, Frank, wondered if Chris had a photographic memory. Chris would read encyclopedias, science books, and other educational material far beyond his years. He could often remember obscure references not only by the book, but sometimes by the page number.

Chris was an excellent caregiver. After adding an addition to his house just for her, he cared for his widowed mother, Dorothy, for nearly a decade.

Chris loved his nephew and nieces. He made every holiday fun, spending most of his time playing on the floor with the kids. The biggest and best presents under the tree were always from Chris.

Chris loved to cook and garden. He appreciated art. In his later years, he became an accomplished art collector.

A memorial service will be held at 11:00am on Monday, November 15th at Heartland Cremation and Burial Society in Raytown. Visitation will be held one hour prior to the service. CHRISTOPHER ARDELL BROOKS MEMORIAL SERVICE LINK.