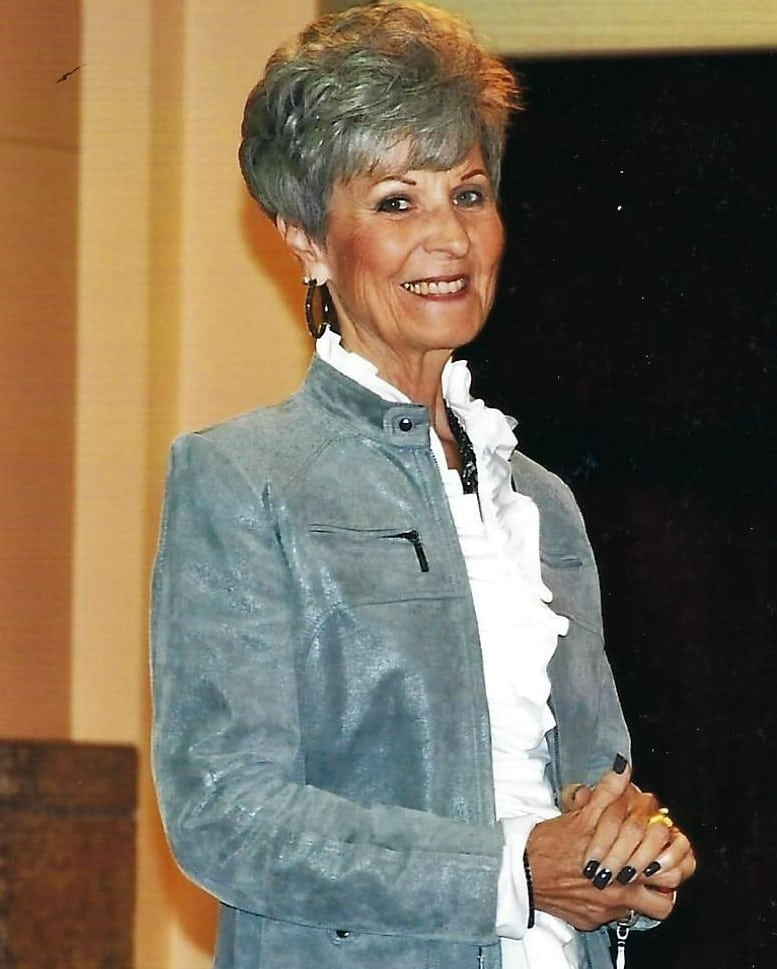 Connie Lou Isham passed away peacefully on June 4, 2022. At her side was her loving husband, Don Isham, of almost 65 years. Also at her side were her three children, Linda, Rick, and Lori. Connie is now at peace after valiantly battling lung and heart issues over the past several years. She will be missed greatly.

Connie was born July 4, 1938, in Horton, Kansas to LaVern and Nellie (Wiley) Chesnut. She was the oldest of 4 daughters, Janet, Sharon, and Sandra. The family later moved to Kansas City where Connie graduated from Ruskin High School in 1956. She met Donald Eugene Isham and they were married August 24th, 1957. They started a family with a daughter, Linda born in 1958, Rick in 1960, and Lori in 1963. Connie and Don ensured that the family was highly involved in their church activities and attended
virtually all weekly services and yearly camps.

Connie was employed in various positions at the Grandview School district including crossing guard, cafeteria help, and office manager of the district maintenance center. Connie and Don built a very successful Amway distribution business beginning in 1970s. They achieved the level of Diamond Distributor which allowed them to retire from their previous careers. They enjoyed traveling throughout the U.S. and the world with their business.

Most of all, Connie was proud of her family. Her greatest joys were her 8 grandchildren and 16 great grandchildren. She was instrumental in getting the family together on holidays and whenever possible. Connie was preceded in death by her parents, LaVern and Nellie Chesnut; her sisters, Janet (Verl) Bower, and Sandra Cleveland. Survived by husband, Don Isham and children, Linda (Karl) Lavender of Leawood, KS, Rick (Sandy) Isham of Leawood, KS, Lori (Todd) Piepergerdes of Lee’s Summit, MO, sister Sharon (John) Dye of Raymore, MO, brother-in-law Jack Cleveland along with 8 grandchildren and 16 great grandchildren.

In lieu of flowers, make contributions in honor of Connie L. Isham to Grandview Community of Christ Bakery Fund, 12600 Byars Road, Grandview, MO 64030. Connie and Don were helpful in volunteering with the bakery over the last several decades.