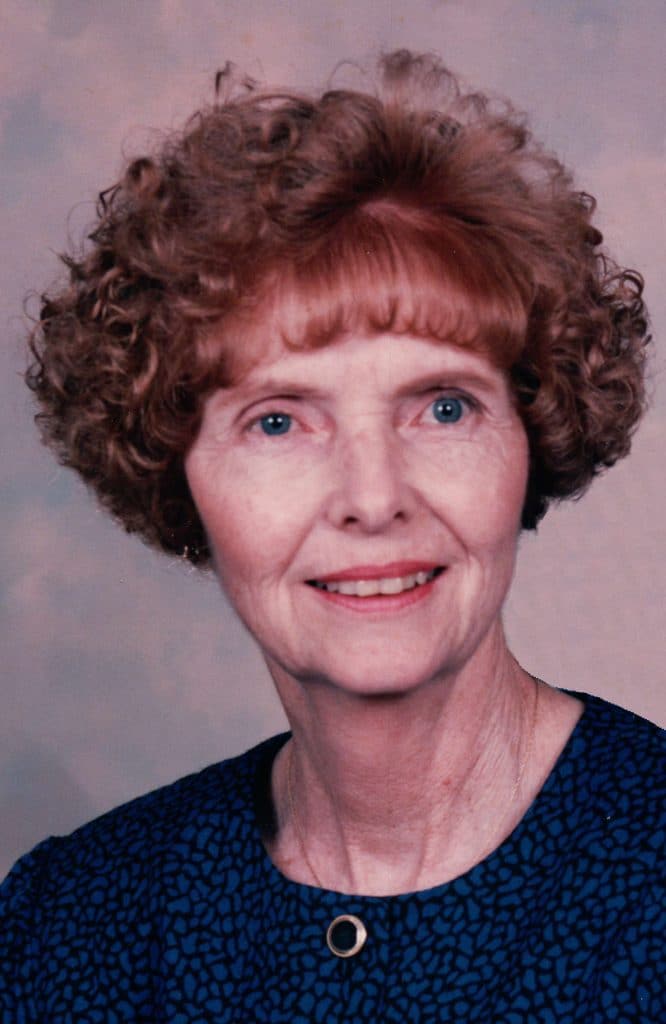 Creta Lee Henderson, 83, of Independence, MO, passed away Sunday, April 2, 2017, after a long battle with Alzheimer’s Disease. A visitation will be held Friday, April 7, 2017, at Northern Boulevard United Methodist Church,1800 S. Northern Blvd., Independence, Missouri 64052, at 5:30pm, with a memorial celebration following at 7:00pm. A short graveside service will be held at 10:00am on Saturday, April 8, 2017, at Mount Moriah Cemetery, 10507 Holmes Rd., Kansas City, MO 64131.
Creta Lee was born in Independence, Missouri, on November 10, 1933. She was the only child of Martha and Kenneth Jackson. She met the love of her life, Jim Henderson, at Northeast High School and they married shortly after graduation. They were married for 63 years before Jim preceded her in death. Creta is survived by daughters Joi Hazelrigg (Jeff) and Lisa Barrett (Andrew), three grandchildren, Danny Hazelrigg (Erica), Andy Hazelrigg (Kristen) and Emily Barrett, and two great grandsons, Liam Hazelrigg and Cain Hazelrigg.

Creta Lee was a devoted and loving wife, mother, and grandmother. She was a faithful member of Northern Boulevard United Methodist Church. She sang in the Sweet Adelines chorus and competed in Regional Quartet competitions. She loved dancing, watching baseball, especially games Jim umpired, as well as going to Royals games with her family. She was known to have rescued many dogs and gave them a loving happy home.