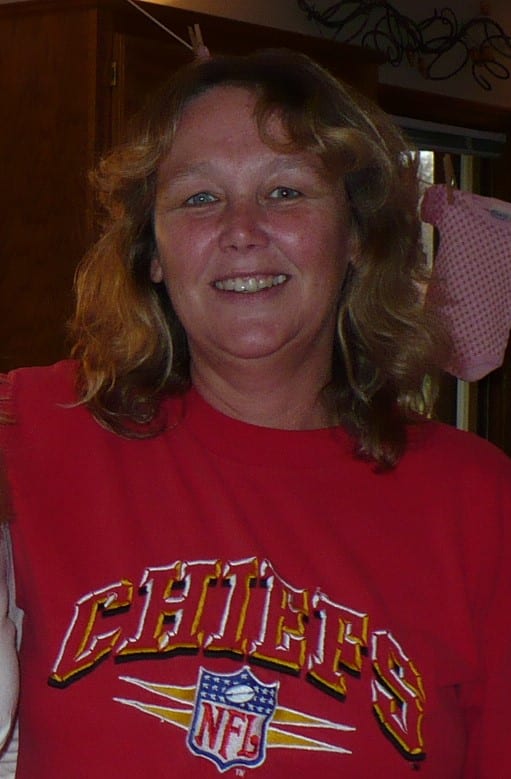 Cynthia Ann Henshaw (Cindi), age 63, passed away on October 17, 2022. Cindi was born on February 19, 1959 to William (Bill) and Agnes Main. She was a 1977 graduate of William Chrisman high school.  She worked at several pharmaceutical companies through the years including McPike, McKesson and AmerisourceBergen and was a customer service representative at the end of her career.

Growing up, Cindi was a member of First Christian Church in Independence, where she was baptized a Christian. She played piano and was in the school orchestra and stage band.

Through the years Cindi enjoyed attending Jeremy’s baseball games and cheering on his teams.  Anyone who knew Cindi knew that she was a huge Chief’s fan and was so excited watching the Chief’s and “her Kelsey and Mahomes” these past few years. Her other love was the ocean and beach and she was able to take a Caribbean cruise with David and Jeremy and also make several visits to Aruba, St. Maarten and Hawaii.

Cindi’s wishes were for cremation and a celebration of her life will be held on Sunday, October 30th between noon and 2pm at Mike Onka Community Hall, 11520 Putnam St, Sugar Creek, Mo 64054. In lieu of flowers consider donations to Independence Animal Hospital, 300 S. Noland, Independence, Mo 64050.