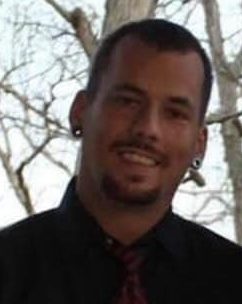 Daryl was born in Kansas City to William Haskew and Charlotte Edwards.  Then they moved to Georgia until he was 15. His family then moved to Holden Missouri in 2001.  Daryl met the love of his life in 7th grade though he wouldn’t know this until 2007.  Daryl married Alexa Spader of Warrensburg Missouri in 2015 after 6 years of dating. They share a 12 year old daughter Ace.  Alexa and Ace were the light of his life and he would’ve done anything in the world for them.  Daryl enjoyed fishing, going to the lake, concerts,  watching the Chiefs and Royals games and BBQing with friends and family.  Daryl fought a long hard battle for 7 1/2 years and God called him home. He will be deeply missed by all that knew him.