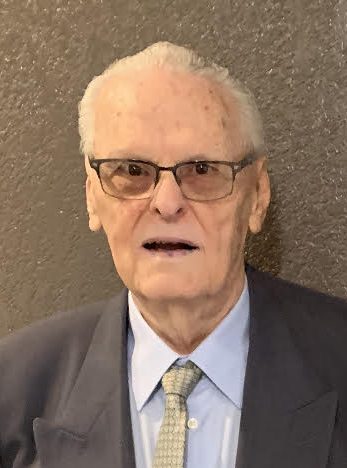 Born to Helen Farber and Elmer Glenn McGee, he was a brother to three sisters, Joan Blanchett, Sheila Yaws and Becky Krost.

David, also known as “Dave” attended Santa Barbara High School in California and Central High School in Nebraska. He wasted no time after high school, beginning his career with the city of Missouri. His tenure as a City government employee lasted over thirty-five years. During this time his outstanding performance earned him recognition from the Mayor of the City. His professional positions included, Chainman/Rodman, Senior Engineering Aide, Project Engineer, Engineering Aide III, Engineering Aide IV, Engineering Technician, and Senior Engineering Technician, all the while pursuing educational endeavors to keep up with the ever-changing job skills necessary to perform his duties. Dave always performed beyond the scope of his assigned work. His drive and determination set an example and laid the foundation for his sons, David and Scott. The deep roots of Dave’s outstanding work ethic continue to grow and flourish today and can be seen in his son’s entrepreneurial spirit. Dave’s legacy of hard work lives on throughout his entire family.

Dave was a sports enthusiast, never missing the opportunity to cheer on his hometown teams, the Kansas City Chiefs and the Kansas City Royals. While watching professional sports was a favorite past time, nothing brought him greater joy than watching his sons, David and Scott, excel in sports throughout the years. As his sons grew older and created families of their own, Dave was the always proud grandfather attending each of his grandchildren’s sporting events. From football, to softball, baseball, basketball, lacrosse and volleyball, he wouldn’t miss their activities for anything.

To say that he loved and supported his family would be an understatement. Family was everything to Dave, and he made every effort to help however he could. Dave’s greatest attribute was his ability to show his love through his acts of kindness and support, doing so without judgment or question.

As Dave moves on to the next phase of eternal life, he does so with the love and support of his family. His memory will be cherished by many. Dave leaves behind a legacy of love to the following people: his sister, Becky Krost; beloved sons, David (Jennette) McGee, and Scott (Megan) McGee; grandchildren, Kristen (Shawn) Miner, Kurt (Brielle) McGee, Tanner McGee, Taylor (Chris) Wallman, Drew McGee, and Kadin McGee, Tagan (Chance) Pinkston, Morgan (Alec) Robbins, Lane Fondaw; and great grandchildren, Olivia Miner, Briar and Oaklee McGee, and Cooper Pinkston.

His life was a blessing,

His memory a treasure.

He is loved beyond words,

And missed beyond measure.