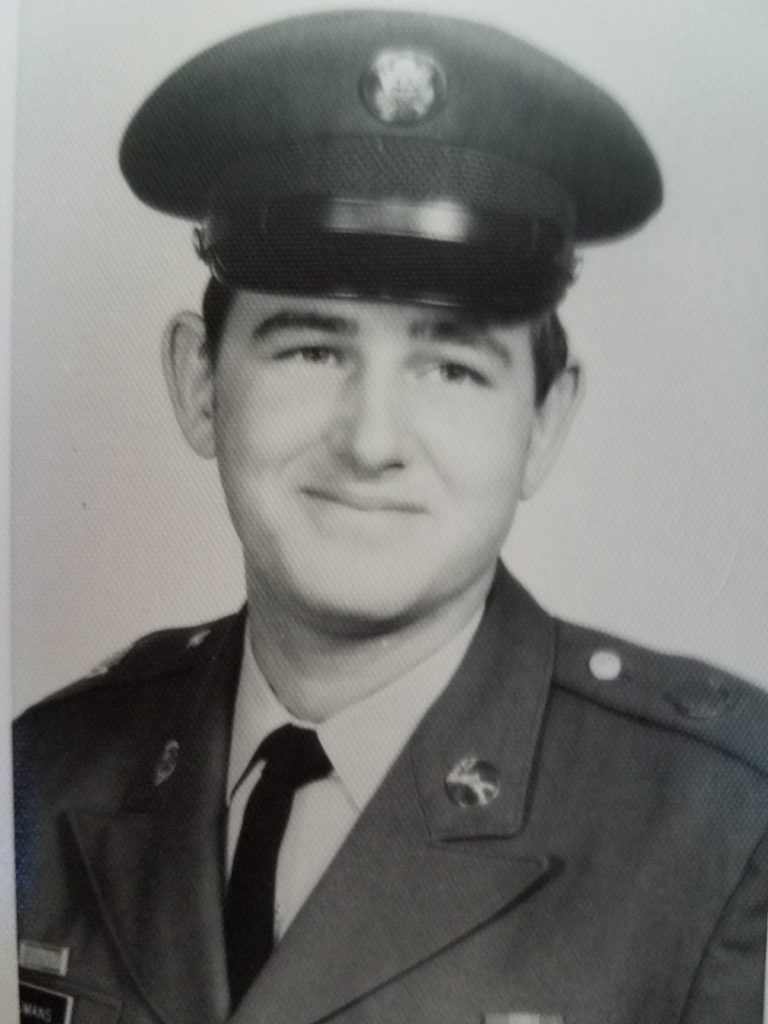 DAVID REN YOUMANS, 73, of Raymore, Missouri passed away June 5, 2017 at the VA Medical Center, Kansas City from cancer. Celebration of Life service will be held at the New Vision Church of the
Nazarene, 100 South Sunrise Drive, Raymore, Missouri 64083 on June 17, 2017 at 10:30 am. David was born on May 13, 1944 to Rev. Joseph and Annabelle Youmans in Dana, Indiana. David was the second son of 7 children and was proud to have been born on the “old home place”. David is a 1962 graduate of Beach Grove, Indiana High School. He served his country through the U.S. Army from 1968-1970, and was in combat during the Vietnam War.
David loved each family member greatly. He adored every child in his extended family. He was a good friend to people he met through his life as a cross country truck driver, and later as an RV Snow Bird. David also kept lifelong friendships with many that he grew up with in Indiana, and across the USA. Through his life he found family and friends to go fishing, hunting, golfing with and enjoyed every imaginable college and professional sport…especially sitting at a Sports Bar and ‘hootting and hollering! David was preceded in death by his father Andrew Joseph Youmans, mother Annabelle May (Henry) Youmans. Brothers Stephen, Joseph and sister Susanna. Survivors include: Brother Alan Jack Youmans of Phoenix, AZ, Sister Joanna Marie (Youmans) Schubert (Ken) of Raymore, MO., and brother Daniel Kevin Youmans (Tracy) of Westminster, CO. Son, David Ray Davis (Colleen) of Willington, FL with his mother Linda Davis. Daughter, Christina Young (Tony) of Anderson, IN with her mother Carol Wissman. Grandchildren, Kaila Marie Davis, Joshua Lee Holder, Chelsea Capps, and; Great grandson Zachary Lee
Scott Holder. Nieces and Nephews, Jenny, Julie, Kimberly, Mitchell, Shane, Carissa & Ian. Former wife, Joyce Youmans in Iowa and many cousins as well as lifelong friends.
David is greatly missed by all.
CELEBRATE HIS LIFE!