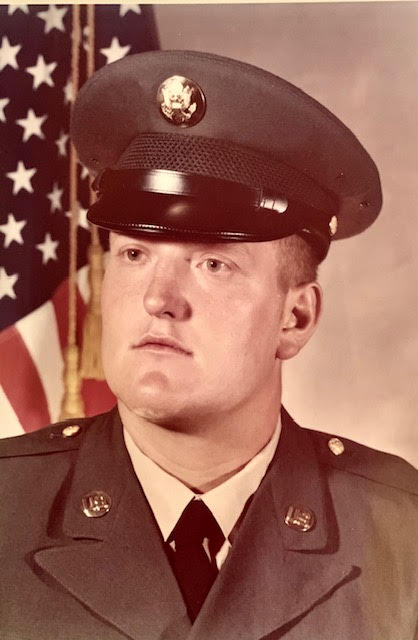 David Thomas Saale, age 64, passed away in his home in Kansas City, MO on June 24th. He was born to Don and Mildred Saale on January 16, 1957 in Chillicothe, MO and was one of eight children. David was a 1975 graduate of Chillicothe High School.

Growing up in Chillicothe, he was a member of St. Columban’s Catholic Church and Boy Scout Troop 121.  David served in the United States Army stationed in Germany. After military service, he owned and operated several businesses while living in Chillicothe. In February of 1995, David married Rebecca (Becky) Smith of Shawnee, Kansas.

David is preceded in death by his wife, Becky Smith Saale, and his parents, Don & Mildred Saale

David possessed a personality larger than life, an unconventional spirit and was unafraid of sharing and receiving thoughts and opinions on any matter. He had countless experiences throughout his years that will be fondly remembered and retold many times over by his family and friends. He was a quiet philanthropist, extending generosity to people he knew, people he didn’t know, and always without any fanfare or recognition. He was a lover of all sports, with a special lifelong loyalty to his beloved St. Louis Cardinals, which was passed down from his father and grandfather. He regularly attended Cardinal games as much as he could in St. Louis.

He will be greatly missed by those who crossed paths with him and remembered with smiles and laughter.

A service will be held on Friday, July 30 at the Leavenworth National Cemetery in Leavenworth, KS at 10:00 a.m.