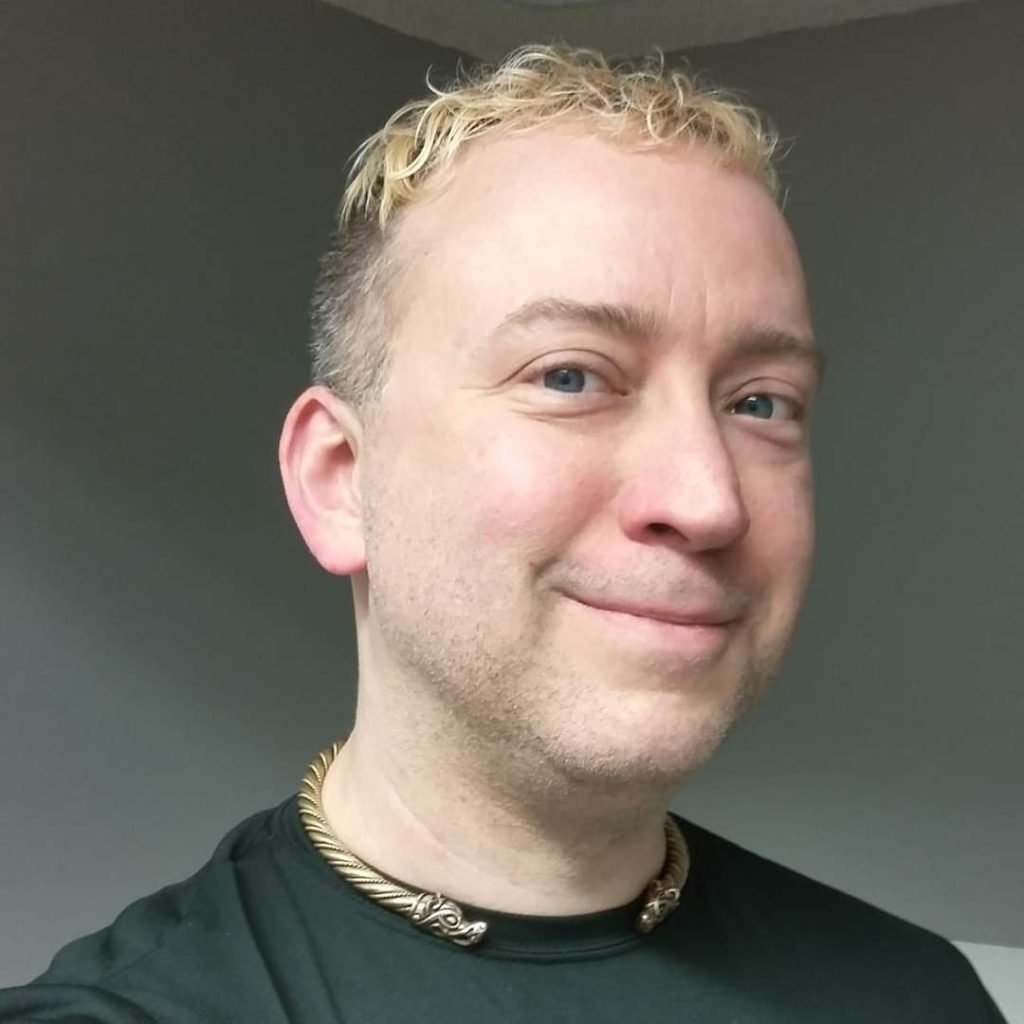 David Wayne Franklin, alien slayer, defender of the galaxy, wielder of the elven sword was called to battle on August 2, 2022. David loved a good battle story and hated a bad movie re-enactment of one. Hypocrites, aliens, bullies, the Dark Side and orcs were among his battle scenes…not necessarily in that order.

However, battle was not the first thing a person noticed about David. The first thing, well, that would be his laughter. Both childlike and complex, a surprising range to his sense of humor. Is he laughing about death or satire? Who knows? But if David is laughing, then we are laughing. Because it is impossible to stop, and we are most likely laughing ourselves into tears.

David loved to eat, particularly BBQ washed down with a good farmhouse Saison. Pair this with a sharing of intelligence about any topic and it was a good night. David was educated about life and how to get the most out of it. From film production to nutritional supplements, David was a walking, talking vault of information you did not know you were missing until it was brought forth and smacked down upon you. Friends were never disappointed when sitting down with an empty stomach and open mind.

David also had incredible talent. A Renaissance man. He invented the term. Crafting, sword fighting, repairs of any kind, acting, fatherhood, cooking. His range of hobbies throughout his life included music, Renaissance Fair and Burn community. If you didn’t have a husband you wanted David. If you did have a husband, you considered taking on a second.

David entered this galaxy on March 20th 1971 via some beautiful parents, Jean Marie Bowling and John Eugene Franklin who preceded his departure. He leaves his legacy in his daughter Lilith. He is now in the next galaxy…laughing, eating, learning and waiting for the rest of us to catch a bit of enlightenment.

“Difficult to see; always in motion is the future.”

—Yoda, The Empire Strikes Back