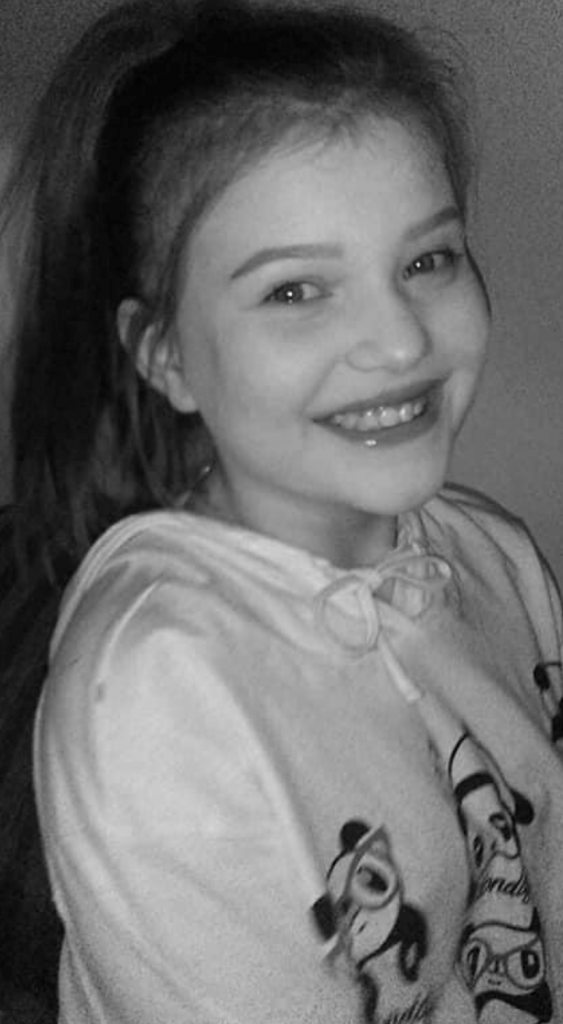 Dayton Michele Kraxner, 12, passed away on Saturday, April 25, 2020 in her home. She was born on March 6, 2008 in Kansas City, MO to Sharon Kay Schull and David William Kraxner.

Dayton was the epitome of grace and strong will, even though she was the baby of the clan. She captured the heart of her family and friends with her smile and pixie like poise. Her favorite past times were spending time with her siblings, taking naps and playing on a PlayStation4. Her favorite games was Fortnite; she was pretty badass and convinced her family to enjoy the game!

Dayton had the absolute craft to become an artist with the drawings she sketched. She could draw anything, she was that exceptional, animals, anime characters and portraits. Her sister Destiny says she had a knack of wanting to explore various walking trails an going to new coffee ships to taste the different brews there were to offer.

Whenever Dayton was take to an arcade, she would always play the old-style games and it would radiate the old soul that came in her young body. She jammed out to musical legends like Nirvana and Van Halen. She loved Metallica like her mom. Sharon would have definitely been proud.

Dayton had a profound love for animals; owning a Pitbull, Duchess with her older siblings and visiting the numerous cats her extended family and sister owned. But, her most favorite animal was the Wolf. When Dayton would visit the zoo, her favorite animal to observe was the Red panda. One would day they were two in the same; sleepy, slow, and cute.

If there was one thing Dayton would have dreamt to do, it would have been to play soccer.She enjoyed the sport and would talk about it amongst her family.

Dayton’s life was short lived, but will rest in the lives of the people she touched forever.

Dayton is survived by her siblings, Destiny DeGrace, Dyland Kraxner and Shelby Kraxnet; as wllas her father, David Kraxner.

She was predeceased by her mother, Sharon Schull.