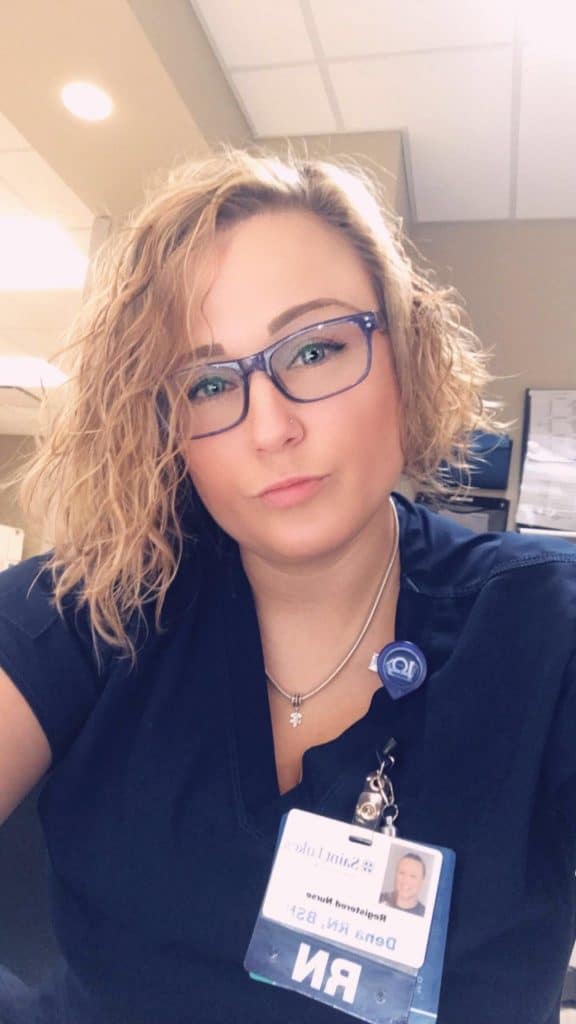 Dena was preceded in death by her beloved Grandma and Grandpa Firuccia and her grandmother Ann Duvall.

Dena was a graduate of Raytown South High School and worked her way through college and nursing school at St Luke’s Hospital. She worked at St. Luke’s for 15 years and was an RN at St. Luke’s East at the time of her death. She had just completed her MSN and would have become a Nurse Practitioner in December.

It is not surprising that Dena became a healer. It came to her naturally. Before she entered the medical field, she nurtured, supported and healed those around her with her natural light and ability to make people laugh… no matter what.

The words her friends and family have used to describe her include: she was my light, my love, my whole heart, my sister, my friend, my rock, my soul, my support and more than one have said, she could always make me laugh. So it’s not surprising she became a healer. It came naturally to her.

When Dena put her mind to something, there was nothing she couldn’t do. That allowed her pursue a degree while working and raising her daughter. To get her BSN nursing degree while working, raising her daughter and having her son and most recently to get her MSN to become a Nurse Practitioner. She has worked just as hard to learn about and understand the world of autism in order to provide the best opportunities for her son Kayden to thrive. There was nothing that could stop her. That’s who she was. She had the drive and perseverance to set and achieve goals but did it all while finding time to be with family and have fun with her friends.

Dena made friends easily. The saying that friends are the family you choose was written for Dena. The hundreds of pictures are testament to the time spent and value she placed on the family she chose. She had a big heart with room for all.

Let’s not forget …Dena brought the fun. Whenever there was a good time to be had, she made it happen. She was an avid Chiefs fan and so lots of those good times happened at Chiefs games or watching them from whatever venue. Let us always remember how the energy level rose when she walked into a room, how we knew something was up by that twinkle in her eye and her laugh. That laugh.