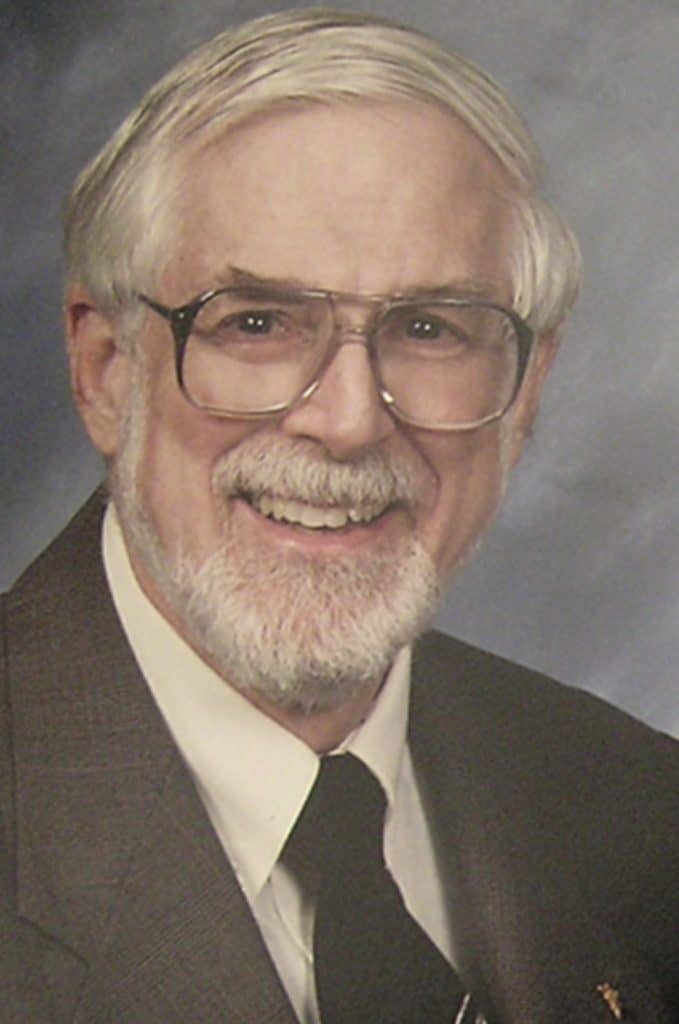 Following graduating from the University of Georgia Veterinary School, he went into small animal practice in Augusta, GA.  From 1967 – 69, he was attached to the R.B. Bliss Army Hospital Staff at Ft. Huachuca, AZ.  He returned to small animal practice in 1969. In 1972 he accepted a position developing pharmaceuticals at Pitman-Moore and then Bayer Animal Health until 1996, retiring in Overland Park, KS.  He published multiple articles in refereed journals in support of several of his approved products mostly for small animals.  Significant among his 17 approvals were two that included a tape worm medication and the first fluoroquinolone to reach the veterinary market ahead of a human product. One of the dogs in the trial became a beloved family pet named after the first product – Droncit.

He was active in the community developing an improved area-wide mentoring program for pre college students for Science Pioneers, a Kansas City volunteer program for over 20 years.  He also worked in the creation and development of youth softball and soccer programs in the area.

His hobbies included Boy Scouts, camping, coaching, mentoring and swimming.  Dennis believed that all kids deserved the opportunity to play sports and even if it was a tie game at the last minute, the kid whose turn it was to take the big shot, was given the opportunity to take that big shot even if he was not the ‘best’ on the team.  Twenty years after coaching, one of these kids stopped by and thanked Dennis stating that this was a pivotal moment in his life.

The last 14 years of his life he lived at Tallgrass Creek Retirement Community.  He was in the choir, the writing club and for most of that time he was Santa Claus each Christmas at a big community party.  He also showed a ‘Nature’ movie the second Saturday of each month for most of the years he lived here with Covid putting a stop to them.

Dennis loved bringing joy into people’s lives.  An introvert turned extrovert.  He loved playing the part of Santa Claus because it brought joy into people’s hearts.  After all, who does not love seeing Santa!

He is survived by his wife of 54 years, Carol; 1 daughter, Cheryl and 1 son, Michael; 4 grandchildren, Calista, Elliott, Maya and Michael.