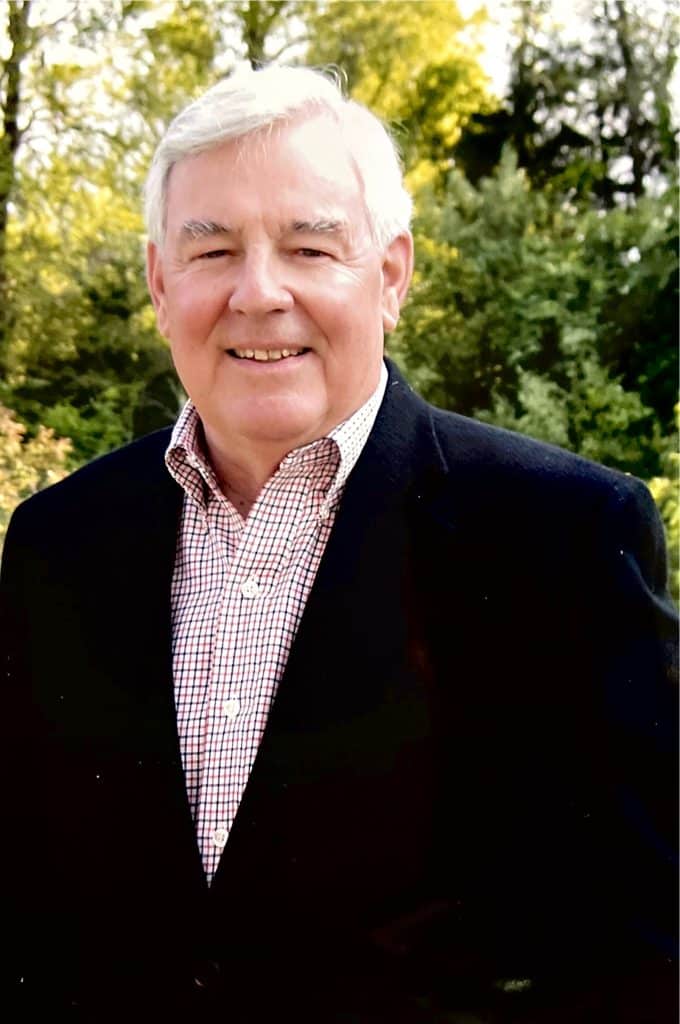 Donald Adam Allendorf of Columbia passed away September 7, 2022 at his home surrounded by his family. A celebration of life memorial service will be held October 15 at 1 pm at the Missouri United Methodist Church, 204 S. Ninth St., Columbia.

Don was born June 4, 1934 in St. Louis, Mo., to Adam and Kunegunda Allendorf. His parents had immigrated to the United States from Germany. He and his brother, Bob, were first generation Americans.

Don graduated from the University of Missouri with a Bachelor’s in Journalism in 1956 and received his commission as an Ensign in the United States Navy. He met the love of his life, best friend and lifelong partner, June Evelyn Kummer, at Mizzou and they married immediately after graduation, June 8, 1956. The jubilant newlyweds traveled across the country to San Diego, Ca., where they began their life together and Don served a two-year active duty commission in the Navy. In July 1958, he was released from active duty and they returned to St. Louis. Don pursued a career in advertising, first working for Stix, Baer & Fuller and then Monsanto. During that time, they had two children, Mark and Tracey.

In 1965, Don accepted an offer from an advertising agency in Denver, Co., that would forever change the family’s path in life. They moved to Evergreen and later Conifer, small mountain communities. He served as President of the Congregation at Evergreen Lutheran Church and sang in their choir for many years.

Don loved the outdoors and was an avid skier, fly fisherman, and hiker. His family has fond memories of skiing, camping, jeep trailing to ghost towns throughout the Colorado Rockies. These adventures nourished his love of history, which later played an important role in his retirement.

Don concluded his career in 1995 as Director of Marketing/Communications and Research for the Gates Rubber Company in Denver. He and June continued to enjoy Colorado during the summers, and spent the winter months in Columbia, Mo. Don was very active in Columbia, where he sang for many years with the University of Missouri Choral Union and the Chancel Choir of the Missouri United Methodist Church. He loved sports and was a loyal supporter of the Missouri Tigers, and St. Louis Cardinal baseball. Don served on the Jefferson Club Board of Trustees, and the Friends of Music Board of Directors. He and June were football and basketball season ticket holders for many years, never missing a game. They traveled with the University Singers to England and France.

During retirement, Don began researching and writing about the Civil War. He wrote and published two books: “Long Road to Liberty” and “Your Friend, Abe Lincoln.” In his later years, he enjoyed the company of fellow Tiger friends at Wednesday morning 9:09 coffee group.