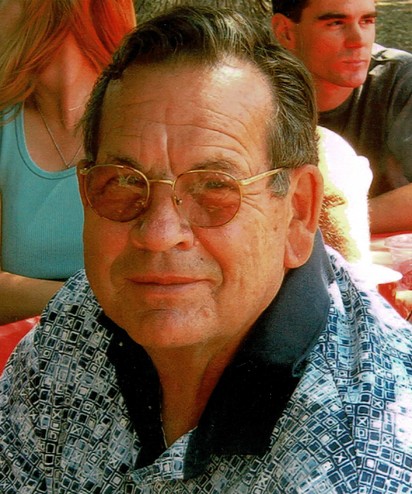 Donald LeRoy Toner, “Big Don”, 86, went to his heavenly home surrounded by his loving family on Tuesday, May 26, 2020.  Big Don was born the second child to Murl and Stella Toner on January 25, 1934, in Independence, MO.  He graduated from Northeast High School in 1952 and served in the United States Coast Guard from 1952-1956.  He met the love of his life, Marlene Kettel, in Port Angeles, WA, in 1955.  They were married August 18, 1956, in Port Angeles.  They then settled and made their home in Independence.  Big Don was employed as an electrical foreman at Armco Steel, retiring after 30 years of service in 1986.

Big Don was a member of Messiah Lutheran Church in Independence.  Big Don never met a stranger and enjoyed visiting with everyone he met.  He was an avid stamp and pocket watch enthusiast.  He was a collector of many things – glassware and costume jewelry were among his favorite collectibles.  Big Don also loved hunting, fishing (especially salmon and halibut fishing in Alaska), and spending time on the family farm with his children and grandchildren.  Although there were many activities Big Don enjoyed, spending time with his beloved family and friends was his greatest joy in life.  He dearly loved and adored every member of his family.

Big Don was preceded in death by his parents, granddaughter, Ashley Toner, and grandson, Ryan Toner.  He is survived by his wife, Marlene, of 63 years; five children – Lee (and Tamara) Toner; Keith Toner; Mike (and Holly) Toner; Linda (and Greg) Coleman; and Debbie (and Lewis) Bechtel; 12 grandchildren; 5 great-grandchildren; a sister, Marilyn Dahlen, of Eugene, OR; a brother, Roger Toner, of Springfield, OR; and three nephews.

The family would like to thank Kindred Hospice, especially Crystal, Terri, Bridgett, Jessica, and Chelsea for their loving care and compassion.

A private memorial service will be held on Friday, June 5, 2020, at the church.  Memorial contributions are suggested to Messiah Lutheran Church, 613 S. Main St., Independence, MO 64050.