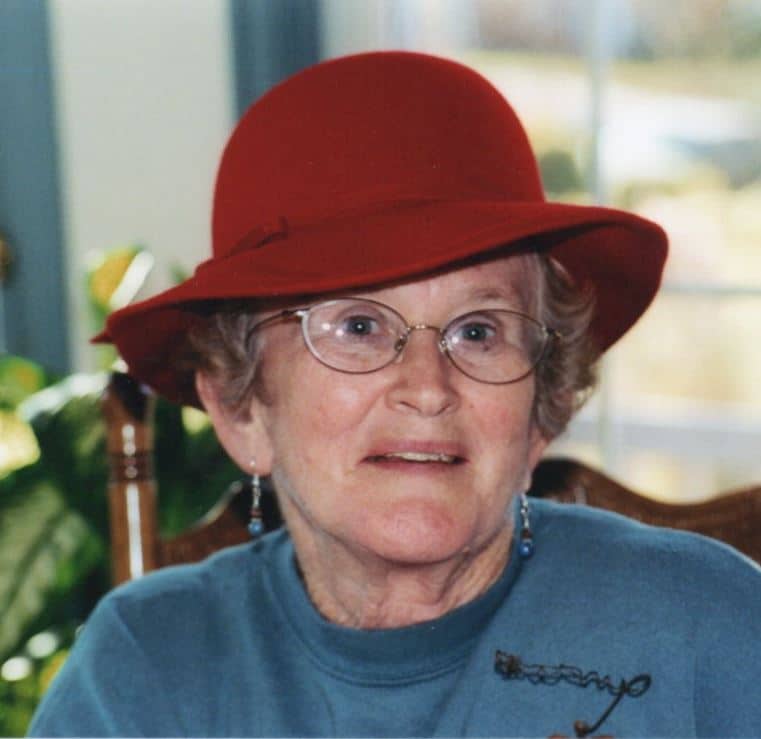 Doris O. Buss, 89, passed away unexpectedly on Friday, September 11, 2020 from Covid-19 at The Bluffs in Columbia. She is now in her Heavenly home and remembered by her family and friends.

Doris was born at home in Syracuse, Missouri on October 15, 1930 to Roy E. Turner and Goldie M. (Peoples) Turner, and was the eighth of ten children. She graduated from Syracuse High School in 1949. She married Donald W. Buss in 1950 and had five children. They later divorced in 1966.

She moved to Columbia in 1964, where she raised her five children as a single mother. She was the Manager of Oakland Junior High School Kitchen and later employed by the University of Missouri, where she retired in 1996.

Doris was a devoted Christian and a loyal member of Memorial Baptist Church since 1965. She held a sweet spot in many hearts at Memorial Baptist Church, as through the years she was known as the “cookie lady” for many, young and old. She shared her ministry of praying for each person that was the recipient of her cookies and cards.

Doris was a wonderful mother and friend to all. She was loving, kind, compassionate and had a giving spirit. She had a great sense of humor and always saw the positive in others.

She went about doing deeds of kindness wherever she walked…a loaf of warm apple bread left on the front seat of the car, a plate of cookies placed on a window sill, a caring card sent at the hour of greatest need, a stack of magazines delivered to a hospital waiting room, a container of soup placed on the front porch. She blew no trumpets to call attention to her doings. Those of us who have been the recipients of her kindness have been drawn closer to her Master, and I’m guessing He is pleased with her offerings. Thank you, Doris, for the way you have ministered to so many. – Written by her friend, Marie Knowles.

Doris had a love of flowers, outdoors, the woods and the beauty of God’s world. Growing up she said she loved the secret places on the farm where the violets and pansies grew so abundant in the spring. She said one time in a letter to her sister that we were always going to write a book about our life growing up and it would be a lot like Tobacco Road and Ma & Pa Kettle. We were poor but happy and words like “make do” were fun, but real to us.

This world could use more people like Doris who cared for and loved people, animals, plants and all God’s creatures.

Doris enjoyed living at The Bluffs. She loved all the wonderful activities and spending time with her many friends, especially Judy. Doris and Judy were affectionally called “Thelma & Louise.”

Per her request, Doris’s body was donated to the University of Missouri School of Medicine.

A memorial service will be scheduled at a later date when it is safe to gather and celebrate her life.