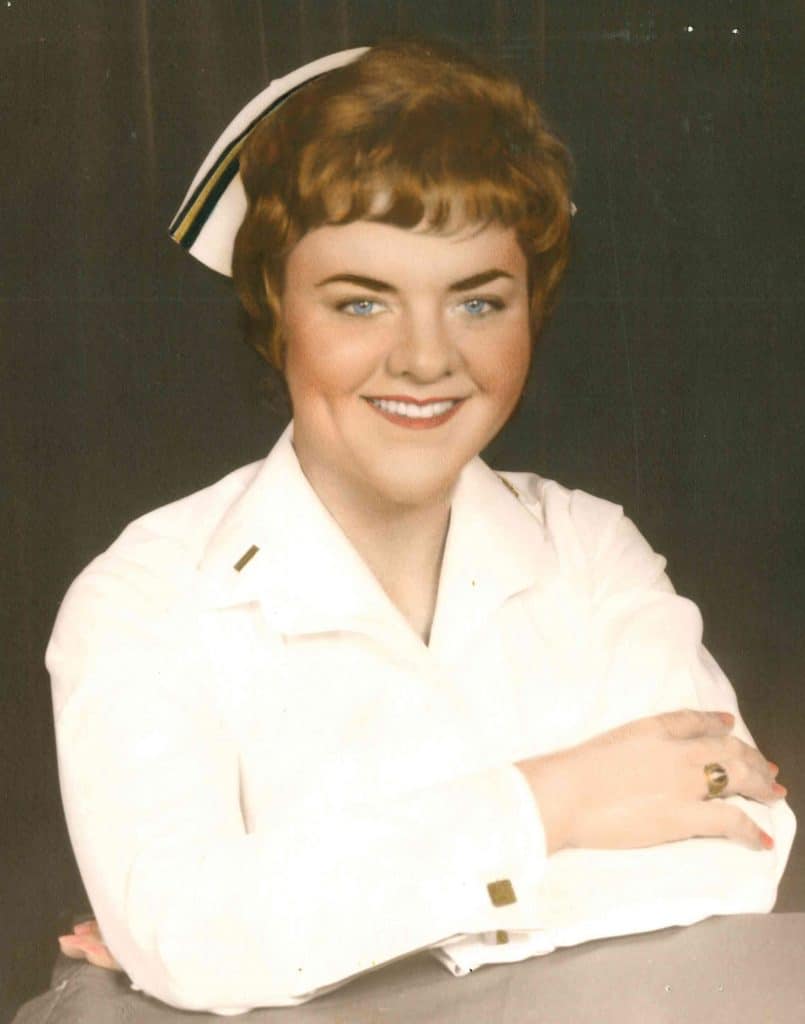 Dorothy Zerr Hedrick, 81 passed away on March 30,2020 at the Kansas City Hospice House. Dorothy was born on January 21st , 1939 in Philadelphia , Pa to Clifford and Dorothy Farrell Zerr.

Dorothy graduated as a Registered Nurse from Roxborough Memorial Hospital in 1959 and went on to serve in the United States Navy from 1961—1965 in Pensacola Fl.. She met Jerry W Hedrick in Pensacola at the Officers Club , where Jerry was in Flight School to become a Naval Aviator. Jerry & Dorothy were married on July 4, 1964 in a military wedding in Virginia Beach, VA.

After the Navy, Dorothy worked as an RN at The Medical Center of Independence . Dorothy went on to to hold the position of Director of Nurses at Martin Luther King Jr Memorial Hospital in Kansas City and also served as the Director of Medical Personnel Pool in
Kansas City.

Dorothy was active in the PTA at Hazel Grove Elementary School and Lee’s Summit High School . She was quite active in the Lakewood Community serving on many committees and also bowled for many years in the Lakewood Ladies Bowing League. Dorothy served on the Lee’s Summit Public Safety Advisory Board and was an integral part of the new Police Department Headquarters that was built. Since 1996 , Dorothy, along with Jerry, were caregivers to Phil Hedrick , Jerry’s brother, who was in a helicopter crash.

Dorothy was an active member of Woods Chapel United Methodist Church since 1976. She was a true believer in Jesus Christ and was a member of the Heart of America Camino organization beginning in 1985 and held many positions including Rector.

Dorothy had many friends that she remained true and faithful to throughout her life. Those that knew Dorothy , also knew much family meant to her , especially her grand children . She loved the families annual trips to the beach and loved to laugh and a passion for fun . Dorothy was known for her quick witt and her honesty.

Dorothy is survived by her husband of 55 years , Jerry Hedrick, her son’s Jerry Hedrick Jr and Michael Hedrick (Stacy ) , granddaughter Kennedy Grace Hedrick and grandson’s Max and Sam Hedrick. She was preceded in death by her daughter , Christi Hedrick . her mother Dorothy Farrell Zerr and her step father Hugh Dornan.