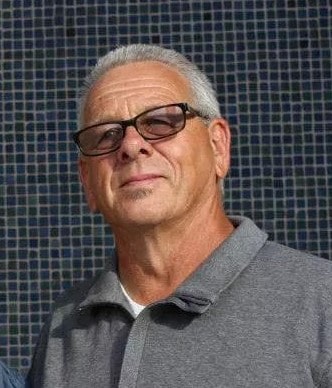 Duane Lyle Barnes, 69, Independence, Mo., passed away at home on 4/4/20 surrounded by his family. Duane was born 7/28/50 in Fairmont, Minnesota to James and Ardis (Winkelhaus) Barnes Upon the death of his father in 1960, the family moved to Grampa Winkelhaus’s farm in Hartley, Iowa. He graduated from Hartley High School in 1968 then from Spencer Business College in 1970, (now called Iowa Lakes Community College) in Spencer, Iowa.

He met Beverlee Gibler from Independence, Mo., while both were working for HFC (Household Finance Corp.) in Kansas City. They were married 10/6/73 and promptly moved to Wichita, Kansas. Twelve years and two children later, Rebecca (1980) and Scott (1984), the family transferred back to the Kansas City area and has resided here for 35 years. Duane retired from USIC (United States Infrastructure Corp) as a locator in 2018. For 30 years Duane worked for Carter Maxwell of Oklahoma City, and Carroll Shelby Enterprises, Las Vegas, NV with the team that mounts and balances Goodyear Race Tires for several NASCAR races a year. During Duane’s short retirement, he and Beverlee traveled extensively in the United States and attended several out of state Drag Races and Tractor Pulls. In the last two years, they traveled to Yosemite, the New England states and Washington DC. He loved history and Civil War battlefields. Last January, Duane made a unexpected trip to Puebla, Mexico with his brother-in-law Ted Gibler and got to experience the volcano eruption.

The Barnes are members of Abundant Life Church, Lee’s Summit, Mo. Duane loved his Savior, Jesus Christ and wasn’t hesitant of telling people so. He was a loving husband of 46 years and a loving father and grandfather. He never missed a concert, play, sport event, Grandparent’s Day or a Truman High School Band trip or performance.. In the 1990’s, Duane was President of Tower Talkers Toastmasters local chapter, and Area Governor of Toastmaster’s Intl., in the Kansas City region.

Preceding him in death are his parents. Survivors include his wife Bev, son James Addison (Melanie) of Omaha, NE and their children Mitchell and Lily; daughter Rebecca Gomez (Michael) and their children Taylor Morrison, Mia Gomez and Xavier Gomez of Lee’s Summit. Son Scott Barnes of Independence. Brother Lynn Barnes (Karen) of Cedar Falls, IA; brother Dale Barnes (Mary) of Hartley, IA and sister Eileen Albin (Jim) of Mansfield, TX. Also, his Aunt Lois Christiansen of Hartley, IA. and his brother and sister in law, Ted and Merrie Gibler. Duane loved all of his nieces and nephews and enjoyed working with his co-workers and was a friend to everyone. The joy of his life was his grandchildren. He was an avid Chiefs fan.

Services will be announced at a later date. Memories and condolences to the family can be made to www. heartlandcremation.com.