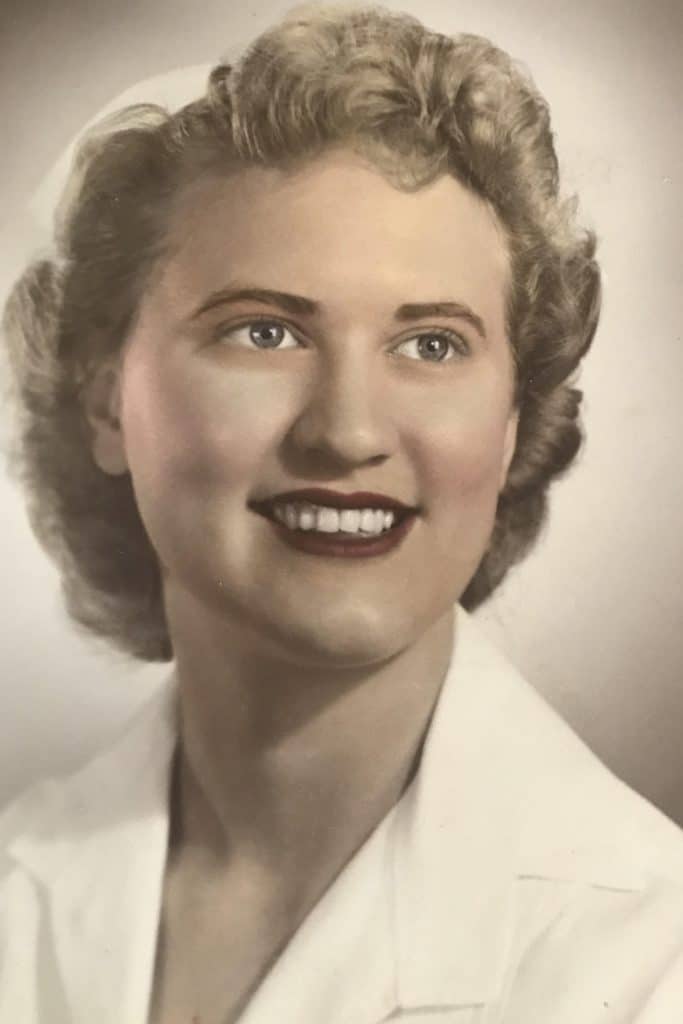 Edith was born October 1, 1928 in Sublette, IL. Her dad, Lawrence Wittler, was a principal at Berrian Elementary School in Quincy, IL. Her mother, Luella Roehm, was a substitute teacher. Her parents gave her and her 3 siblings: Ruth Holmes, Bud Wittler and younger sister Vernelda Orr, piano & violin lessons every week. They paid their teacher $2 a week.

In 1945, at age 16, Edith was one of 2 valedictorians in her Quincy HS class. She was a leader in many high school organizations, including the German, Latin and Biology clubs. She was a National Honor society and student council member, as well as an aide at the Blessing Hospital and a senior service Girl Scout.

A lover of music, she was a member of the Orchestra and contest quartet, violinist of the Chamber Music society, and was chosen to play a violin solo at her HS graduation.

At age 18, Edith almost lost her life. The doctor had to remove a small section in her small intestine. She lost a lot of blood. Her father, who had the same blood type, donated his blood, saving his daughter’s life. After this life changing experience, Edith decided to become a nurse and help others.

Edith did her nurses training at Deaconess Hospital in St Louis (3 year Diploma), where she got her nickname “Bunny” because she loved eating carrots.

In the summer of 1952, Bunny went to Camp Minnewanka, (Shelby MI) to be the camp nurse. There she met Al Brock, a young preacher from Florida, who gave the most amazing messages. They married on June 18, 1954.

They had 2 children, Tim and Betsy (4 years apart). Because Al Brock was a minister in the Florida Methodist Conference, they moved every 4 to 6 years in the state of Florida.

When they encountered the person of the Holy Spirit in the late 60’s, everything changed. Not only were they filled with joy and love for others, but many marriages were saved and lives transformed through them.

As Tim and Betsy got older, Bunny returned to nursing. Clocking out, she would stay to pray for patients whose time to pass was near, often leading them in a sinner’s prayer.

When Al Brock passed away on Jan 3, 2016, Bunny continued to live at Penney Retirement Center until March 2017. Her son and daughter then took her into their homes, alternating between Canton, NC and Kansas City, MO. Bunny has 8 grandchildren: Samuel, John, Stephen and Joseph Brock, and Justin, Jonathan, Jacob Masters and Jessica Ward.