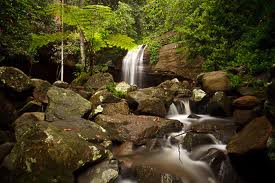 Elaine Mae Sleper , 66, passed away July 21, 2011 at her home in Columbia, MO.  A celebration of life service will be held at Broadway Christian Church at 11:00 am on Monday, July 25, 2011.  Elaine was born on July 18, 1945, to Ehno and Elsie Folkerts in Titonka, Iowa. She married David A. Sleper on March 5, 1965.  Elaine was a homemaker for most of her life. She took a great deal of pride in raising her two children and providing the proper environment for them and her husband.  Before becoming a fulltime homemaker, she worked as a cosmetologist and later on as a bookkeeper for Coca Cola in Madison, Wisconsin. She took a great deal of pride in being the early breadwinner and putting her husband through school.  She was very energetic and loved life and always had the unique ability to see the good things in life, even though she experienced many travesties.  She was a selfless person and always put her family first and encouraged them to succeed in whatever they wished to do. She was very active in PTA and other school activities while the children were growing up.  Elaine loved sports, particularly racquet ball, running, and walking.  She was an active participant in the Columbia Track Club’s races.  She completed the Heart of American Marathon twice.  She also coached girl’s softball at Daniel Boone Little League.  She traveled with her husband extensively, including to several countries and lived in New Zealand for one year.  She was a long-time active member of Broadway Christian Church where she served on the Board of Directors, as deacon, Sunday School Teacher, Vacation Bible School, and was a member of the Chancel Choir for over 30 years.  She loved to sing and usually had a song in her heart.  And late in her life, the grandchildren became a primary focus of her being.  Elaine is survived by her husband, David; son Daniel and his wife Jaime; daughter Kimberly and her husband, Joseph; four grandchildren, Benjamin and Sydney Sleper of Chicago, IL, Abby and Lucy Hurtado of Columbia, MO and three step grandchildren; K.C., Mathew and Austin Gwin of Columbia, MO, brothers Ronald Folkerts and wife Karen and Frank Folkerts and wife Janice, all of Titonka, IA as well as sisters Wanda Douglas and husband Earle of Okabena, MN and Ann Tegtmeyer and husband Don of Britt, IA.  Elaine was preceded in death by her parents; a brother, Gary Folkerts and her maternal and paternal grandparents along with several uncles and aunts.  Memorials may be designated to the Chancel Choir at Broadway Christian Church, 2601 West Broadway, Columbia, MO 65203.