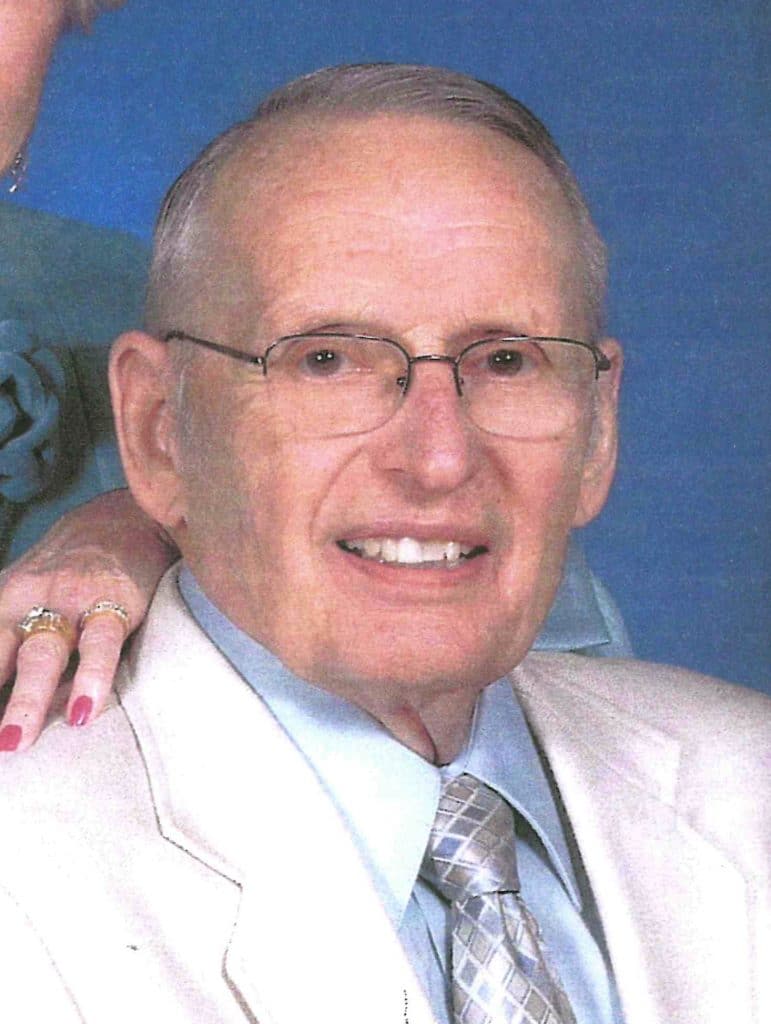 Elden E. Grittman, 87, of Raytown, passed away Saturday, Nov. 10, 2018 at Seasons Care Center, Kansas City, Missouri.
His funeral will be at 11 a.m., Friday, Nov. 16 at Blue Ridge Trinity Lutheran Church in Raytown, Missouri, with the Rev. Orin Cummings officiating. Visitation will be 5 to 7 p.m. Thursday, Nov.15 at Heartland, 6113 Blue Ridge Blvd., Raytown and from 10 – 11 a.m. at the church prior to Friday’s service. Graveside service will be at 10 a.m. Saturday, Nov.17 at Glasco Cemetery, Glasco, Kansas.
Elden was born Oct. 24, 1931, in Glasco, Kansas to Rudolf and Anna (Amspacher) Grittman. He married Dixie Jewell Powell on Mar. 3, 1957, at Prairie Grove Christian Church in Buffalo, Missouri. She preceded him in death on Dec. 15, 2002. He was also preceded in death by his parents and his sister, Bea. Elden married Carol Terry on Oct. 25, 2003, at Gregory Boulevard Church of Christ, Raytown.
Survivors include his wife, Carol Grittman, Elden’s sons Brent (fiancé, Kaley) and Brad (Nancy) Grittman, brother, Verle Grittman, grandchildren Britney (Tad) Davis, Chad Grittman, and Abigail Grittman, and great grandson, Eli Davis, as well as many nieces, nephews, and cousins; in addition to Carol’s family, daughters Linda Terry and Brenda (Bill) Brotherton, and grandchildren Carrie and Conner Brotherton.
Elden was a 1950 graduate of Glasco High School. He was an Airman in the Navy from 1952 – 1956 and served during the Korean War. Elden received his degree in Electronics from Central Technical Institute in Kansas City. He started working at Ultronics and retired from IBM in 1995 after more than 30 years.
He was an active church member of Blue Ridge Trinity Lutheran Church and served as a leader in Boy Scout Troop #469 for many years.
In lieu of flowers, memorials in Elden’s name may be made to Blue Ridge Trinity Lutheran Church, Boy Scout Troop #469, or Metropolitan Lutheran Ministries.