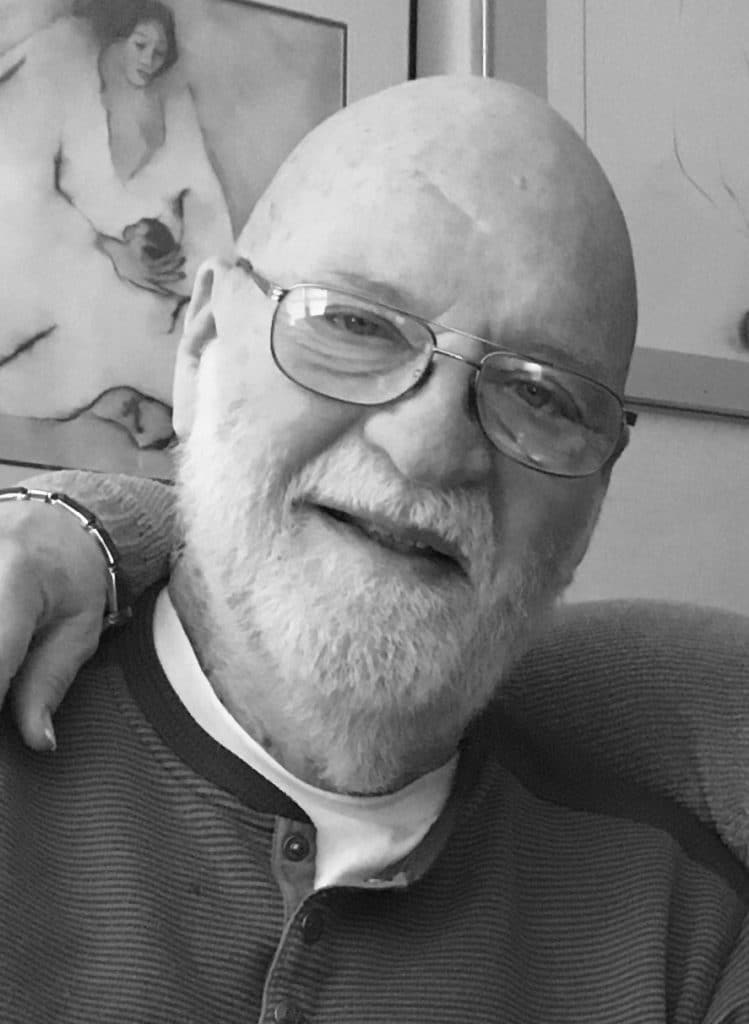 He is survived by his brother, Elbert Jr., and is preceded in death by his sister Eleanora.

Pete was the child of Elbert Corpeny and Hallie Overby Corpeny and was a lifetime resident of Kansas City, MO. After graduating from Southeast High School, he went on to earn a degree in Journalism from the University of Missouri. While attending MU he was a starting tight end and defensive end for the Tiger’s football team as well as an active member of the Sigma Chi Fraternity. Following his graduation from MU in 1955, Pete served in the Army where he was stationed in Germany and achieved the rank of Lieutenant. Once his military commitment was fulfilled, Pete settled in Kansas City and with his wife, Myrna, raised three children – Peggy, Catherine and Peter.

In 1989, Pete married Sandy Dyer (Turpin) and together they enjoyed fishing, canoeing and the great outdoors; they were inseparable in sharing these fun activities at their Greenmill Campground for the entire 30 years of their marriage. For many years they opened their home and hearts as foster parents and in 1997 they adopted their son, Kevin. Pete, Sandy and Kevin immediately formed a close-knit family until the day of his passing.

Some of Pete’s fondest memories include rock climbing in Colorado with his daughter, Peggy. Dancing with his daughter, Catherine, at her wedding on the top floor of the World Trade Center. Spending quality time with his son, Peter, at Green Mill Campground in the Ozarks, and taking fishing trips to Canada with his son, Kevin. Most of all, he absolutely cherished the peace and quiet of the Little Niangua River while fishing for “ol’ fighter” with his faithful black lab, Sam, at his side.

Considered by many to be a fashion icon, Pete was always sporting the latest styles in casual wear which usually consisted of baggy athletic shorts, oversized pullover shirts and striped tube socks (circa 1970). In every sense, he was a walking fashion statement and the definition of individual style.

Pete’s fondness for banana cream pie and chocolate malts was surpassed only by his love of making his secret-recipe homemade fudge every Christmas.

Pete loved his family unconditionally and they loved him in kind. He was an amazing husband, father, grandfather to Parker and Jude, uncle, brother, and friend who will be dearly missed.

When asked to describe his life Pete simply said, “It’s been fun!”, and to that we say, “Yes, Pops, it certainly has.”

At Pete’s request there will be no funeral service, only a small gathering of immediate family. If you’d like to share a memory of Pete or leave a message for the family, please visit the Heartland Funeral Home of Raytown website.

The family would like to express their sincere gratitude to the doctors and staff of The University of Kansas Cancer Center – Westwood, the in-home nursing staff of Kansas City Hospice, and Dr. Ramilo Gatapia for the love and care they provided.