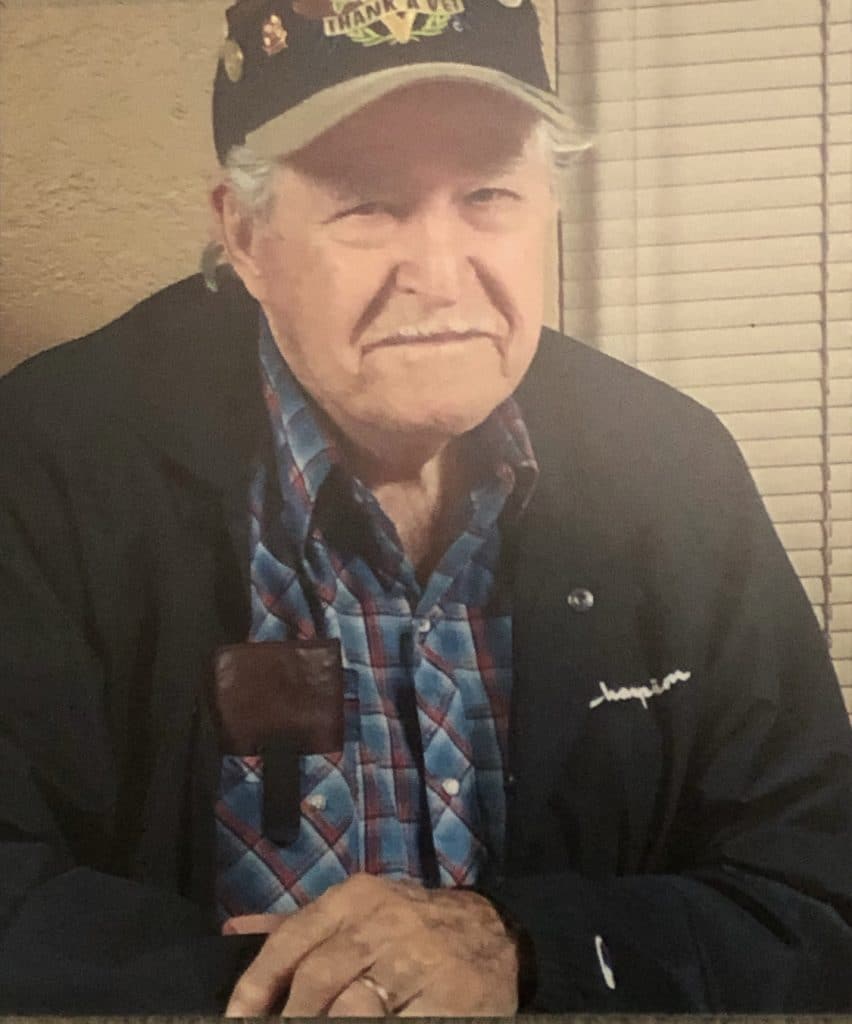 Born in Richmond Missouri, one of four sons of William and Opal Barchers. Started working as a flight maintenance engineer at TWA, before enlisting in the Army Air Force in 1943. Served as a Technical Sergeant, Bombardier, and Tail End Gunner aboard the B-26 Bomber and part of the 496th Bombardment Squadron and the 344th Bombardment Group until 1945 with an Honorable Discharge. Married Frances Mae Williams and had two daughters Shirley and Joyce Barchers and a son Elvin Barchers Jr.

After his service, he started working for Missouri Pacific Railroad on the extra board and retired from the Union Pacific Railroad as a Switchman. Life member of both the UTU and VFW. He volunteered as a Boy Scout Leader in Troop 17 of KCMO and Troop 865 of Independence and was a member of the Mic-O-Say program at H. Roe Bartle Scout Reservation in Osceola, MO. A member of St. Cyril Catholic Church of KCKS.

He is Survived by his daughter Joyce Barchers of Independence, son Elvin and wife Cynthia Barchers of KCMO, grandsons Elvin E Barchers III and family, Andrew J. Barchers and family, Marcus W. Barchers, and Daniel A. Barchers, six great grandchildren Elizabeth, Abigail, Caleb, Alex, Ava, and Jamison.
His legacy will live on in each of us.

A Flyer Prayer
O Heavenly Father on high, be with me always.  Let the wings of my ships be those of angels to carry me safely to my destination. Give me Strength, Light, and Faith so that my route shall be clear of all obstacles.  Provide for me always your unseen pillow on which I may rest my weary head.