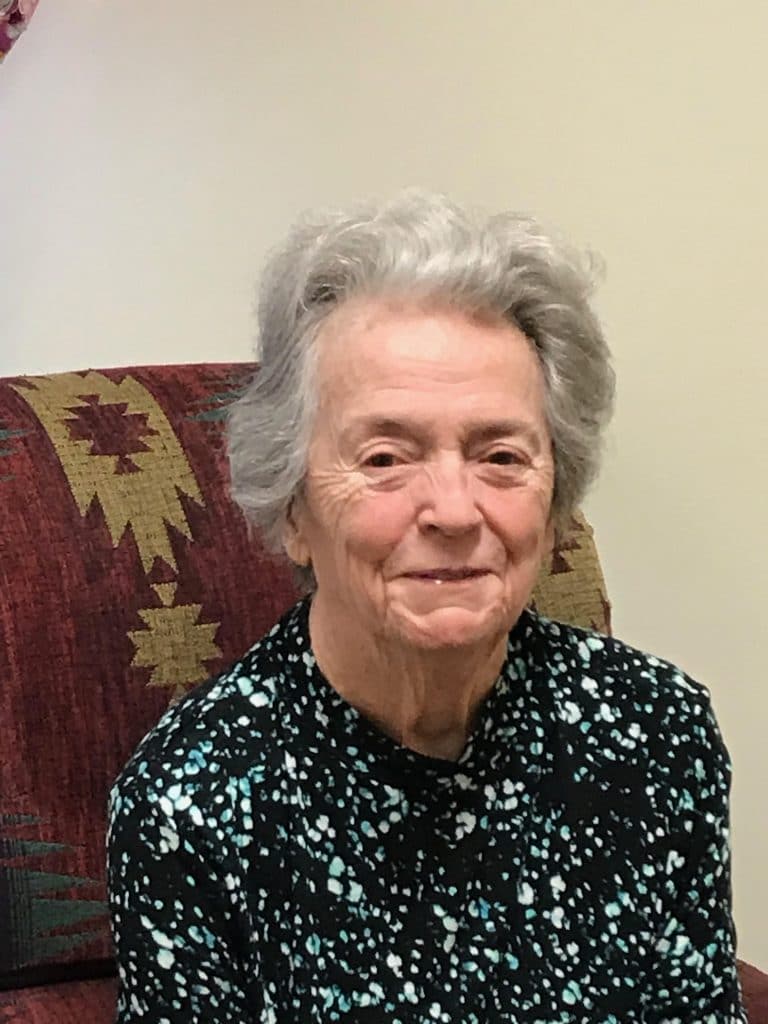 Emma Elizabeth Payne, the youngest child of James Luther and Lillie Howard Payne, was born January 12th 1937 at her parent’s home in Sentinel, MO. All of her younger years were spent in Polk County, MO where she attended school at Halfway. In 1953, Emma married Don M. Breshears. The couple were married 65 years and had four children.

The family moved to Kansas City in the early 1960s. Emma started working as a clerk and cashier for Bob Jones Outlet (later Bob Jones Shoes) soon after Bob Jones and Ernie Horowitz opened the business. She became an important part of the store’s staff and over the years became more like family than just an employee. In all, Emma spent 42 years at the store before she retired.

Emma had many interests. She loved being outside and growing things. Her flowers were a special favorite, but she and Don grew enough berries, tomatoes and vegetables for themselves and anyone who could use them. She was an accomplished baker, seamstress, quilter and she loved to crochet. Emma also loved to travel, whether here or abroad; anytime Donna would take her, she was ready to go.

Church was an essential part of Emma’s life. At a young age she was saved during a revival at Goodson Missionary Baptist Church. She became a charter member of Charity Missionary Baptist Church in Independence, MO and remained a member until her death.
The only thing more important to Emma than church was her family. She was an example of affection, generosity and hard work. Above all, she loved her grandchildren and “the great ones.” Nothing brought a bigger smile than when they came to visit.

In lieu of flowers the family would appreciate donations to Alzheimer’s research or hospice.