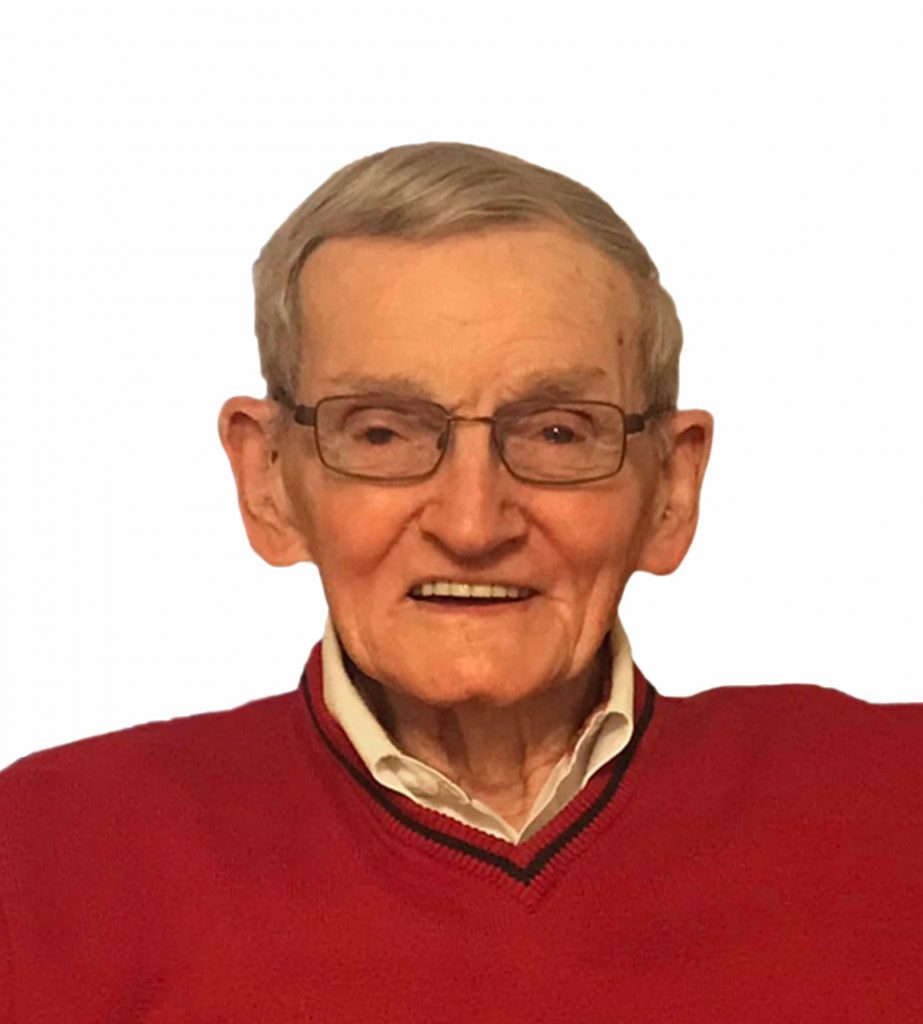 Ernest Louis “Arky” Thomas, age 93, of Olathe, Kansas, died peacefully at home on June 21, 2019, following a brief illness. He was surrounded by love.

Born May 24, 1926, at Nashville, Arkansas, to Ernest Monroe and Edna Allen Dunaway Thomas, Arky grew up in Osawatomie, Kansas, and graduated from Osawatomie High School with the Class of 1944. Immediately upon graduation, he enlisted in the United States Navy, where he served until the end of World War II, primarily on Espiritu Santo, the largest island in the New Hebrides, South Pacific.

Arky was united in marriage to the love of his life, Verla Jean Achey, on May 31, 1953, at her parents’ home in Paola, Kansas. Together, Arky and Verla raised two children, and resided the majority of their lives in Paola. He is survived by his loving wife, Verla; a daughter, Sarah, of Leawood; a son, John, and his wife, Becky, of Baldwin City; and two grandsons, Colin and his wife, Caitlyn, of Philadelphia, Pennsylvania, and Clay and his fiancé, Tess Bradley, of Kalamazoo, Michigan. He was preceded in death by his parents and four siblings, Willie, Mildred, Ralph and Roy Thomas.

After being honorably discharged from the U.S. Navy, Arky began a career at the Missouri Pacific Railroad as a carman. Later, he joined the Gas Service Company, where he worked as a serviceman for 26 years until his retirement in 1988. He also worked as a high school and college football and basketball referee for 25 years, using his earnings from those games to fund summer vacation travel for the family.

A passion for baseball kept Arky active, first as a young man pitching for the Missouri Pacific Boosters and then coaching Little League and Babe Ruth teams in Paola. He was supportive of other Paola community activities as well, including serving as president of the Paola Lions Club; a faithful Salvation Army bell ringer during the holiday season; and an active member of the First Presbyterian Church, Paola, where he served as a ruling elder and on several pastor nominating committees.

Throughout the years, Arky’s talent for refinishing antique furniture filled numerous family homes with treasured pieces. In retirement, Arky and Verla traveled the world, making friends wherever they went, including several couples who later travelled from Scotland to visit them at their home in Paola. He was also a winemaker – planting a family vineyard with his son, John, where they worked together making wine for over 20 years.

Beloved by family and friends, Arky will be remembered for his integrity, quiet strength, great sense of humor and wonderful storytelling ability. Throughout the years he taught his children, his grandsons, and the many youth he coached the value of hard work and always doing your best.

A memorial service will be on Saturday, June 29 at 1:30 p.m. in the Brandt Chapel at Aberdeen Village, Olathe, Kansas. Family will greet friends at a reception following the service. A private family graveside service and burial will be held at a later time, at the Paola City Cemetery.

In lieu of flowers, memorial contributions in memory of Arky may be made to the Paola USD #368 Endowment Association for the “Verla and Arky Thomas Scholarship.”