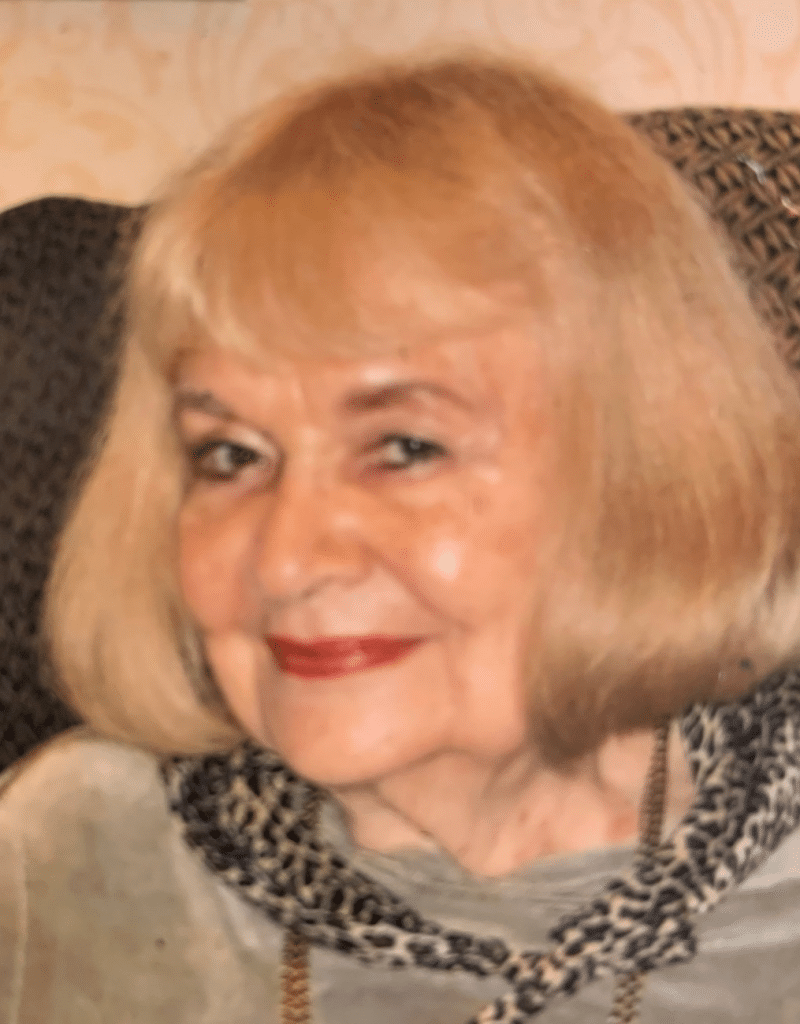 Esther Louise McDonald was born December 14, 1922 in Kansas City, Kansas and died October 4, 2020 in Prairie Village, Kansas.  She was predeceased by her parents; her sisters, Deloris Maxine DeBord, Bernice Williams, and Verna Young; and her brother, Carl DeBord.

Esther was the youngest child of Benjamin Lloyd and Edith Carlson DeBord.  Esther’s life was one of many miracles beginning with starting life weighing less than three pounds– “I fit in a shoebox,”she said. Because Esther’s mother had a serious illness, Esther was taken in by her father’s sister when she was six-weeks old. Her mother passed away when Esther was six-months old. Her overwhelmed father felt unable to raise his children, so Esther and her siblings were raised by various relatives.  Esther remained in Kansas City with two of her sisters and her uncle and aunt, Thomas and Irene May Lewis.

Esther graduated from Wyandotte High School, attended Kansas City, KS Community College, and attended the University of Kansas, where she graduated with a degree in social work in 1944, the same year she married Victor George McDonald. Esther worked while supporting her husband as he completed his military service, pre-med coursework, medical school, and the residencies necessary for his career as a pediatric surgeon. In 1963 Esther completed her Master’s in Social Work with an emphasis on psychiatric disorders.

After Esther’s marriage ended in 1972, she led the life of an independent career woman.  Esther was a top tennis player in the Kansas City area, and was a regular on the courts. She became good friends with some of Kansas City’s most notable tennis players, including Hal Surface and Bill Guilfoil.  (In her last year of life, Bill called on Esther, as did Hal’s son, Andy.)

Esther worked in a variety of capacities—a resume written in 1975 was 29 pages long–but she seemed proudest of her work at Kansas University Medical Center and Children’s Mercy Hospital. In her later years, she sold retirement units at Kingswood Manor.

She was a devoted companion of Bob Mitchell during his declining health, and until his death. She helped Bob groom and dress, then took him to lunch or dinner or just out and about, helping him enjoy the life he deserved.

Esther broke her hip in 2007 and went to Brighton Gardens for rehab.  She fully recovered, but she chose to stay there, living in Assisted Living. While she often longed to live again in her Leawood house, she found Brighton Gardens to be her new community and family, and had many wonderful friends there among the residents and staff.

We especially need to thank Sally Stuart, Activities Director at Brighton Gardens, for doing so much for Esther.

We want to thank Esther’s neighbors on Aberdeen, particularly Mitzi Pfannenstiel, for helping Esther over the years and keeping watch on her house there.

A striking figure, Esther always took great pride in her dress and appearance. She had a penchant for bright colors and sparkling sequins.  Many thanks to Tana and Samantha at Hair in Westport for their kindness and attention to making Esther look and feel beautiful in her last years.

We also need to thank the many doctors, especially Sheila McGreevy, MD and Lisa Vansaghi, MD, who cared for Esther. They always listened patiently as Esther recounted in great detail her health history.

Esther was a lifelong devotee of the University of Kansas and an intense fan of its athletic endeavors.

Esther is survived by “Team Esther”—her nephew, Nicholas DeBord, and his wife, Mary Yeung, Alicia and Joel Perry, and Punky and Charles Thomas.

Esther will be interred in the Columbarium in Corinth Cemetery.