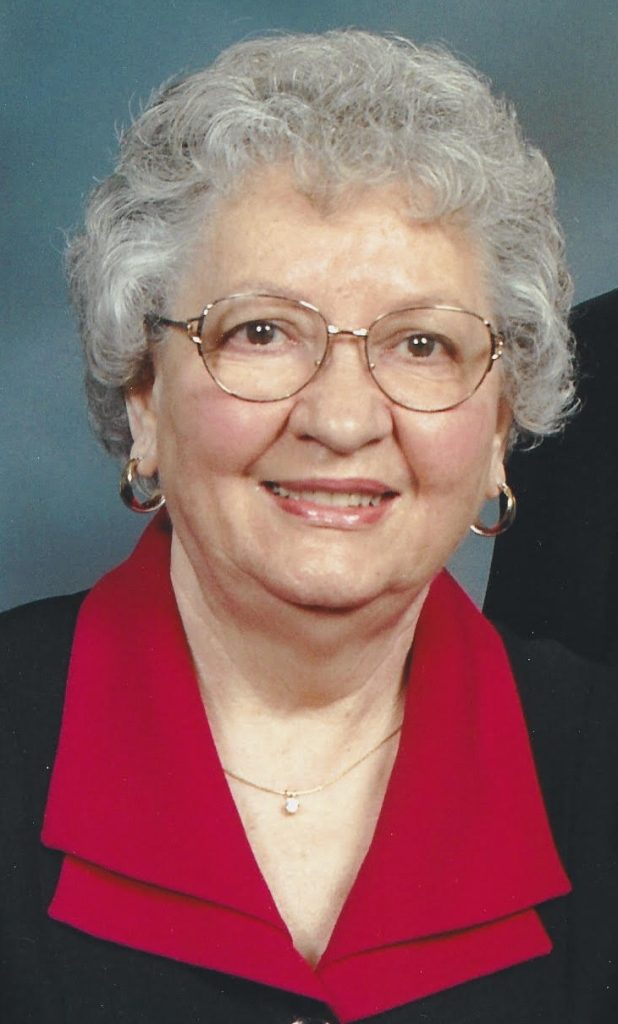 Eva Jacqueline “Jackie” Ochs, 86, of Jefferson City, passed away on Saturday, March 23, 2019 at St. Joseph’s Bluffs alongside her two loving sons. Memorial services will be held at 11:00 a.m. Saturday, April 20, 2019 at Trinity Lutheran Church in Jefferson City. The family will greet friends one hour prior to the service at the church.

Jackie was born on December 4, 1932 in Brumley, Missouri, the daughter of Otis and Phyllis (Meredith) Wall.

After the death of her mother at age 7, she moved to St. Louis and was raised by her Aunt Eve and Uncle Harry. Jackie graduated from Brentwood High School in Brentwood, Missouri.

She was a one-of-a-kind homemaker and mother. Jackie was a member of Trinity Lutheran Church of Jefferson City, Trinity Ladies Auxiliary and Circle 6 where she served in various positions. Jackie loved to volunteer: she served on the Heisinger Home Auxiliary Board and was involved in many organizations. Notably, she served on the Memorial Hospital Auxiliary Board, where in 1982 she was awarded Auxiliarian of the Year. She later became the Gift Shop Manager and then joined the CRMC Partners.

She is preceded in death by her parents, husband, and two brothers: William Wall and Gene Wall.

Expressions of sympathy may be made to the Trinity Lutheran Church, 803 Swifts Hwy, Jefferson City, MO 65109.

Arrangements are under the direction of Heartland Cremation & Burial Society.  (573) 636-7850. Share memories and condolences with the family online at www.heartlandcremation.com.