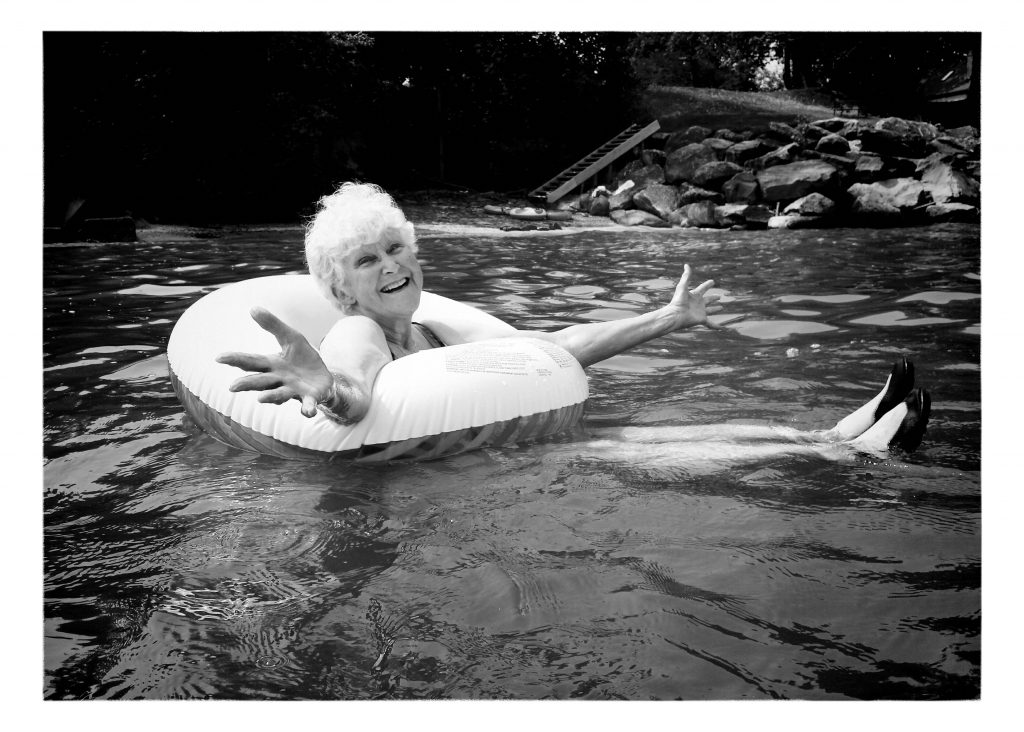 We are sad to share that our mother died at her son’s home in Columbia, Missouri on June 4, 2021. Born in Bremen, Germany to Heinrich and Maria Heuermann, she grew up during World War II and survived the bombing of her hometown. When her father’s bakery was destroyed, her family moved into a hospital with other refugees. In spite of all the challenges, she embraced resilience, laughter and adventure, and showed tremendous generosity and deep kindness throughout her life.

From 1953-1956 she went to Wirtschaftsoberschule, a business school in Bremen, Germany and from 1956-1958 she worked for Bremen’s Weser Kurier newspaper as a secretary in the newspaper’s library. She then worked in Frankfurt, Germany for the German National Archive as a librarian and research assistant.

Seeking to explore the world, inspired by the soldiers who liberated her city, and captivated by the photos and letters sent by her soon-to-be husband, Kent Peters (born Klaus Picht), she moved to the United States in 1959. First working for a Dallas insurance agency, she then joined Kent in Sheffield Lake, Ohio, where they raised their family. She proudly became a US citizen in 1989.

For 30 years, until 2007, she was very active in the Sheffield-Sheffield Lake School System, working first as an aide, then as the librarian for several elementary schools. She loved the work, and hers was the hand that the children sought to hold during recess. Later, she volunteered to read stories and work one-on-one with children who were learning English as a second language, as she had. Throughout her life she was always pleased to connect with these grown-up children who would recognize her (often by her accent, which she never lost) around town. She also sold jewelry at Higbee’s from 1989-1991, where she and a co-worker had the unfortunate experience of being robbed.

As her husband’s poor health declined over several decades, she was a devoted caregiver, but even as his care required increasingly more time, she remained active in the community. She enjoyed water aerobics, eventually leading classes at the Aquamarine Resort, and coached gymnastics in elementary schools. She made countless friends as a member of Friends of the Domonkas Library, ROTS (Retired Old Teachers of Sheffield), The Red Hat Society, and St. Teresa of Avila Parish Church, where she sang in the choir. She loved her hometown of Bremen, classical music, Cleveland sports teams, art museums, and local theater.

Eva-Maria seemed always in motion. She made extraordinary meals and desserts and enjoyed gardening, yoga, biking, and, especially, swimming. She never took for granted that Lake Erie abutted her backyard, claiming it to her grandchildren as her very own: “Oma’s Lake,” a boundless source of beauty and awe. And while she was proud and self-assured, she was uncomfortable with compliments. She received praise reluctantly, and appreciation from her might simply be “I’ve seen worse!” As dementia eroded her memories, she nevertheless retained her feisty wit until her last days. She moved to Missouri in 2019 and spent more than six months in hospice at Clark’s house in Missouri with loving care from Kristin, Lincoln, and Maggie. Eva-Maria was tenacious, and she endured well beyond continual prognoses of imminent passing. We are thankful to the many friends who stayed in touch and to Mary Kaye Swanson and Natalee Brown for the affection and care given to her in her final months.

Her kind manner belied a ferocious competitive nature, and family game nights were virtual cage matches of trash talk and cutthroat tactics, often accompanied by her throwing her head back in hearty laughter. A favorite story is when she took her yarn and needles for an afternoon knitting group at the local library. She arrived, having gotten the date wrong, to a roomful of people playing Scrabble. She shrugged at the invitation to join the game, put away her knitting, and relentlessly ran the table. A source of consternation and wonder to her family, her uncanny luck and ruthlessness made many game nights very predictable: Her victories were merciless and frequent.

Eva-Maria was preceded in death by her husband in 2003 and sister, Dorothea Dorn, in 2014. She is survived by her sons Klaus-Markus (Mark) Peters (Christine Bognar), Clark M. Peters (Kristin J. Flynn), and her daughter, Christine Peters Cucciarre (Frank); step-son Kirk Peters, nephews Claus-Martin Dorn, Hans-Christian Dorn, and Harald Dorn, their families, and other beloved cousins, great-nieces, and great-nephews in Germany; her six grandchildren: Nikolas, Jakob, Lukas, Lincoln, Maggie, and Pace; her two step grandchildren: Jody Cucciarre and Sarah Carlson (Michael); and the great grandson she never got to meet, Ellis Carlson. She often claimed credit for the best parts of all of her grandchildren, and Oma’s spirit will endure in them. Whether it was her German mannerisms, her laugh, generous spirit, piercing stare, or her mischievous wit, Eva-Maria made an impression on countless students and friends in Northeast Ohio. She will be remembered for being a good friend, loyal wife, and our Super Mama.

In lieu of flowers, please donate in her name to Friends of Domonkas Library (4125 E. Lake Road, Sheffield Lake, OH 44054) where she volunteered and enjoyed during all her years in Sheffield Lake, or to Lorain County Metro Parks (12882 Diagonal Rd., LaGrange, OH 44050) to support one of her favorite places to walk, French Creek Nature Center.

We welcome you to a memorial service at St. Teresa of Avila Parish located at 1878 Abbe Road in Sheffield Village, Ohio on Friday, July 16 at 10AM, followed by a celebration of her life at St. Teresa’s Parish Life Center from 11:30-2:30PM.