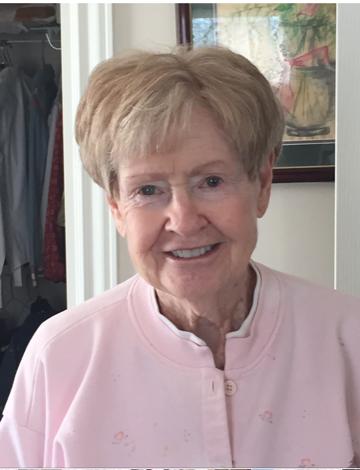 Florence Berniece Roseberry, (92) passed away surrounded by family on December 29, 2020. She was born April 17, 1928 to John and Elsie Stephens of Harrisonville, Missouri. In 1933, the family moved to Kansas City, Missouri where she attended Horace Mann Grade School and graduated from Central High School in 1945. She immediately began work at Gas Service Company, as a cashier, where she met her husband, Clarence M. Roseberry, of 61 years and her life-long friend, Bonnie Barker. She was later employed by Raytown School District, as a clinic aide and secretary, for 25 years. Florence dearly loved this job and stayed close to many people she meant there until her passing. She was a member of Raytown Christian Church, where she served as a deacon, and was a charter member of the Adam and Eve Sunday school class.

She was preceded in death by her husband, Clarence M. Roseberry, three brothers, and one sister. She is survived by two daughters, Pamela S. Long-Hug (David) of Butler, MO and Peggy A. Ward-Suchomel (Kurt) of Lees Summit, MO. She had two grandsons, Robert Long (Christina) of Elmhurst, IL, Steven Ward, (Lexi) of Libertyville, IL, and five great-grandchildren. Her hobbies included quilting and working in her flower garden. She will be remembered by family and friends alike for her generosity and kindness. An outdoor celebration of life will be planned in the spring, her favorite time of year.