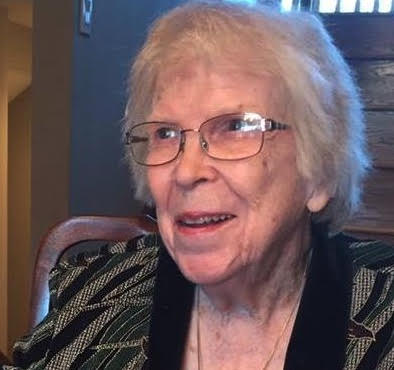 Floy C. Brent, age 93, of Columbia, Missouri passed away Tuesday, July 28, 2020 in her home with family in attendance. She was born in Pangburn, Arkansas in 1927 to Cecil and Opal Ritter. During WWII, at the age of 17, she fibbed about her age to work in a defense plant as a riveter building fighter planes for the war effort. After the war she returned to Batesville, Arkansas, and earned an Associate Degree from Batesville College. She spent most of her adult life in Belton, Missouri, and worked as a quality control inspector and later unit manager at Bendix Corporation in Kansas City, Missouri.

Floy was a loving mother, grandmother, and great grandmother. After retiring in 1989 and losing her husband to cancer, she spent over 30 years as the family matriarch, helping her children, grandchildren, and great-grandchildren by welcoming them into her home and providing sage advice and help whenever it was needed. She was well-known for her quick wit and sense of humor, including a willingness to laugh at herself. She loved traveling and visited every state in the U.S. including Alaska and Hawaii, along with Canada, Mexico, and the Caribbean. She loved word games, would work her way through book after book of crossword puzzles and Sudoku games, as well as spending happy hours watching Wheel of Fortune and Jeopardy with her family. She became an ardent user of the Internet to stay in touch through Facebook and to pursue her passion in genealogy.