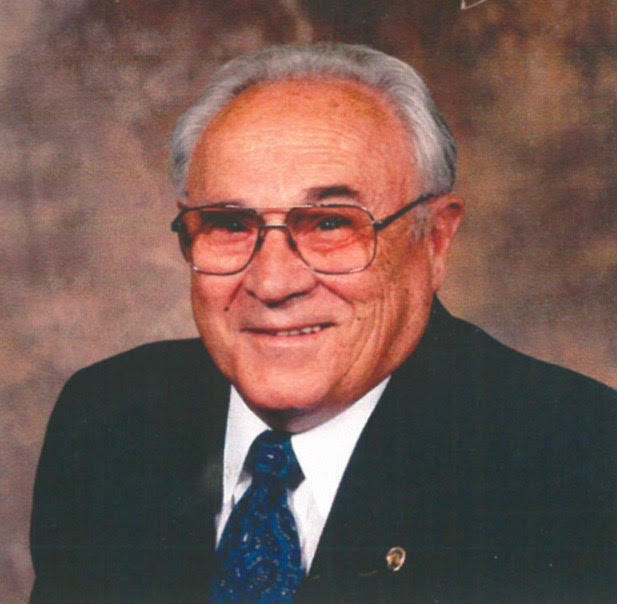 You may not have known Dr. Frederick C. “Fritz” Lauer, but if you found yourself in his company, you would think you were old pals. And as those family and friends who did have the fortune of knowing Fritz personally over his 92 years can attest, that zest for human connection is what made Fritz truly special. On November 19, 2019, Fritz left this earth peacefully; however, the impact and legacy of a life of love will forever live on through those connections.

Born in Queen City, Missouri, on January 13, 1927, to parents Frederick William and Delta Lee (Campbell) Lauer, Fritz grew up in the town attending Queen City Schools and spending time around the multi generational family blacksmith shop. In 1945, one semester short of high school graduation, he joined the Navy and, with a nod to future aspirations, applied for their Dental Corp program, which took him to various bases in the United States.

Upon the end of WWII in 1946, he returned to Missouri, enrolled at Northeast Missouri Teachers College (now known as Truman State University) and earned a degree in education. Just before he was set to begin his first year of teaching in 1951, he was afforded an opportunity to attend the Kansas City School of Dentistry — an opportunity that ultimately served as a gateway to a doctorate and subsequent career as a dentist.

While dental school may have lured him to Kansas City, the true destiny of that circumstance was meeting Grace Hayes, the absolute love of his life. In 1954, they were married in Kansas City.  After moving to Liberty, Missouri, in 1956, Fritz started his own dental practice just off the historic Liberty Square. The Lauer family grew with the birth of their son Fred in 1959 and with the birth of their daughter Lisa in 1961. Up until his last minutes on earth, they remained his pride and joy. His legacy, and his love of God and family,  will continue to shine brightly through them.

Never lacking ambition, along with running a dental practice and raising a family, Fritz found an association to some other passions: education and the Kansas City Chiefs. He served multiple terms on the school board with Liberty Public Schools and was an early season ticket holder with the Kansas City Chiefs organization, even servicing the team’s dental needs in his office while they held training camp at William Jewell College.

After becoming empty nesters in 1979, the next phase of life took Fritz and Grace to Mount Vernon, Missouri. It was there he and another doctor opened a dental clinic, and simultaneously served on the Truman State Board of Curators. That Truman State connection remained a passion of his throughout life and even led to him being honored as Alumnus of the Year in 1993.

The time in Mount Vernon was an exciting chapter, but ever the family man, the draw of proximity to his kids and their subsequent families was too much to turn down. In 1987, with grandchildren on the horizon, he retired and they settled in Raytown, Missouri, where they spent three decades before moving to Lee’s Summit, Missouri in 2016.

As was common throughout his different chapters in life, his retirement years provided him the opportunity to connect with people. Whether it be through the church, Shriners, Masonic Lodge, his Liberty, Raytown and Lee’s Summit daily coffee groups, his Vintage Volkswagen Club of America pals (he restored two vintage Volkswagen Beetles), or simply with a stranger, he could always elicit a smile. Even after a serious stroke in 1992 that left him largely without the ability to speak, he proved that communication is more than words and that persistence is a vital trait.

He was preceded in death by his parents; brother, Robert; and sister, Wilda. His legacy lives on in his wife of 65 years, Grace; his two children, Fred (Chella) Lauer and Lisa (Keith) Ehrhard; his 5 grandchildren Josh (Amanda) Ehrhard, Ryan (Laura) Lauer, Daniel Ehrhard, Elizabeth (Gabe) Hatch, and Katy Ehrhard; along with 4 great-grandchildren: Willa, Campbell, Henry, and Hayes, and a myriad of other extended family and friends.

A family memorial service will be held at the Columbarium at the Missouri Veterans Cemetery in Jacksonville, Missouri, where his ashes will be placed. A  Memorial Coffee will be December 28th 9:00-11:00am @ The Stanley 25 SE 3rd St Lee’s Summit, Missouri.