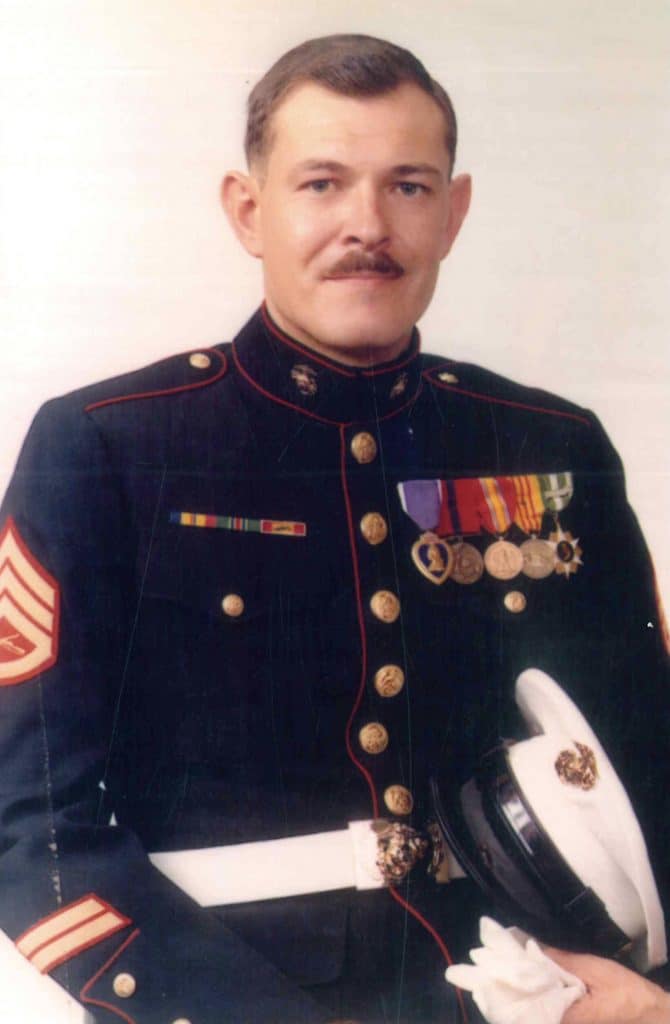 Gary was born in Adrian, Michigan on April, 23rd 1946 to Wayne and Myra Allen. He graduated from Willows High School in Willows, California in 1964. After graduation he immediately enlisted in the United States Marine Corp. After 16 years of service in the Marines he transferred to the NAVY where he served an additional 6 years until his retirement as a Chief. Throughout his 22 years of service, he received many commendations including a Combat Action Ribbon, National Defense Service Medal, and The Purple Heart. One of his proudest and most memorable postings was as a Guard at the American Embassy in Kuwait.

Gary is survived by his wife of 31 years, Bonnie Allen, 3 brothers, their spouses and children; a daughter and son in law; a son and daughter in law; 5 grandchildren; and two sisters in law and their families. Gary was preceded in death by his parents Wayne and Myra, his sister Jewel, and brother Robert.

Gary enjoyed bowling, playing golf and attending auto races. He was a member of the Chico Bowling Association, the Chico ELKS Lodge, the VFW, and the Marine Embassy Guard Association. He loved counseling young service members and served as a mentor to troubled recruits during his time in the Navy. His greatest joy in life was spending time with his granddaughter Charlie and video chats with his grandchildren in Japan. Gary will be cremated and remain with his wife and family in Grain Valley, Missouri.

Services are pending. Notes of condolences can be sent to his wife at their home: 1413 NW Willow Drive, Grain Valley, MO 64029.