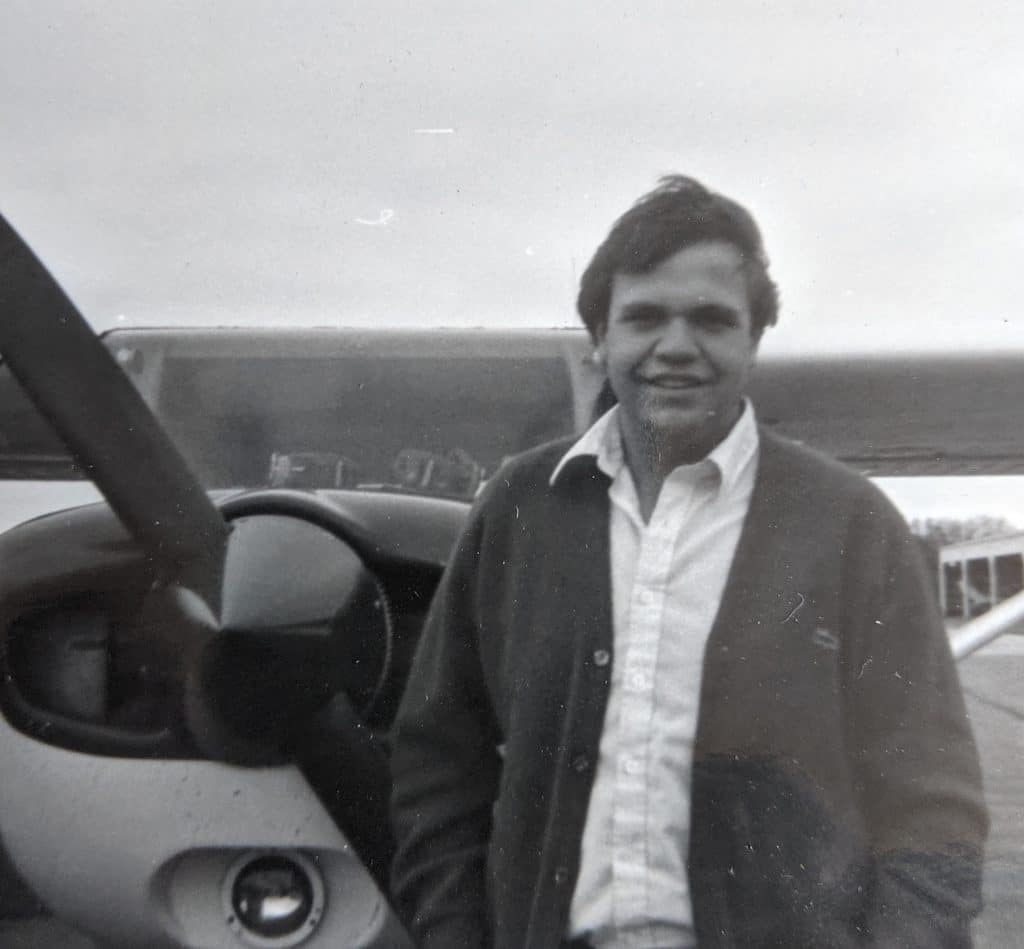 Gary was born on August 9, 1963, in Lawrence Township, Indiana, to J. Alan and Janice (Vandewater) Johnson. Gary is survived by his brother, sister-in-law, and niece, Robert, Fruzsina, and Sara Johnson, of Hattiesburg, MS.

Gary enjoyed music, learning to play the trombone in elementary school. He played in marching band while attending Jefferson Junior High School and Hickman High School, as well as playing in the pit orchestra for high school musicals.

Gary was a Boy Scout, earning his Eagle Scout rank when he was 14, and was inducted into the Order of the Arrow. He enjoyed camping, canoeing, hiking, and nature, and was particularly fond of the various dogs who kept him company throughout his life. He is survived by his last dog and faithful companion, Piper, who went almost everywhere with Gary during his last years.

Gary started on his career path when he was 15 when he got a job as a lineman for Central Missouri Aviation. He received his private pilot license shortly after turning 16. After receiving his commercial pilot license and flight instructor certification, he taught flying in Columbia and Boonville, as well as flying charter flights. Gary was a corporate pilot for Orscheln in Moberly, and a charter pilot for Corporate Aircraft Management, Inc. (CAMI) in Chesterfield. Unfortunately starting in 1996, Gary’s health started a long, slow decline, which ended the career that he loved and eventually took his life.

After separating from his first wife, Gary ventured to Alaska and spent time alternately between there and Tavares, Florida, where his mother lived after his father passed away. He married Christina Rutter in 2006 and they returned to Columbia after Gary’s mother passed away. Christina was diagnosed with breast cancer and passed away in 2012.

Gary made friends easily wherever he went. He could talk with anyone and would often lose track of time when he was engaged with a friend. And almost everyone was a friend as far as Gary was concerned. And that’s what is most important to those who remember their friend, Gary.

Donations in memory of Gary can be made to the Central Missouri Humane Society, https://cmhspets.org/ or 616 Big Bear Blvd, Columbia, MO 65202.