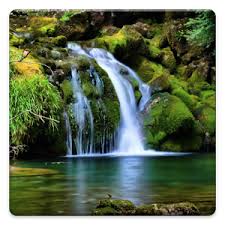 Gerald ‘Jerry’ Nothdurft, 64, of Columbia, Missouri passed away on April 27, 2020 from colon cancer.

A private family inurnment will be held at a later date in Fredericktown, Missouri.

On June 23, 2001 he was united in marriage to Deborah Ann Kerr in Columbia, Missouri.

He graduated from Kirksville High School in Kirksville, Missouri and received his Bachelor of Science Degree in Biology from the University of Missouri – Columbia and a Bachelor’s Degree in Industrial Arts from Northeast Missouri State University.

Gerald worked for ABC Laboratories, for over 30 years. He was a dedicated Analytical Laboratory Technician and enjoyed the technical aspects of his job.

Gerald was an amiable, private man with a quiet and witty sense of humor. He was particularly adept at using puns to make a humorous point.

His greatest hobby was collecting and reading books. He had a wide ranging interest which could be seen in the many books he had in his library on topics ranging from science fiction, technology, history, biology, fantasy, and historical fiction.

Gerald was family oriented and dearly loved his wife Deborah, who survives him. He is also survived by his brother Edwin (Anne) Nothdurft of St. Louis, Missouri and his sister Joyce (Bragg) Nothdurft Stanley of Columbia, Missouri, as well as nieces and nephews and great nieces and nephews.

In addition to his parents, he is preceded in death by an older sister, Rosemary Nothdurft Killam.

Donations in memory of Gerald may be made to Central Missouri Humane Society, 616 Big Bear Blvd, Columbia, Missouri 65202.