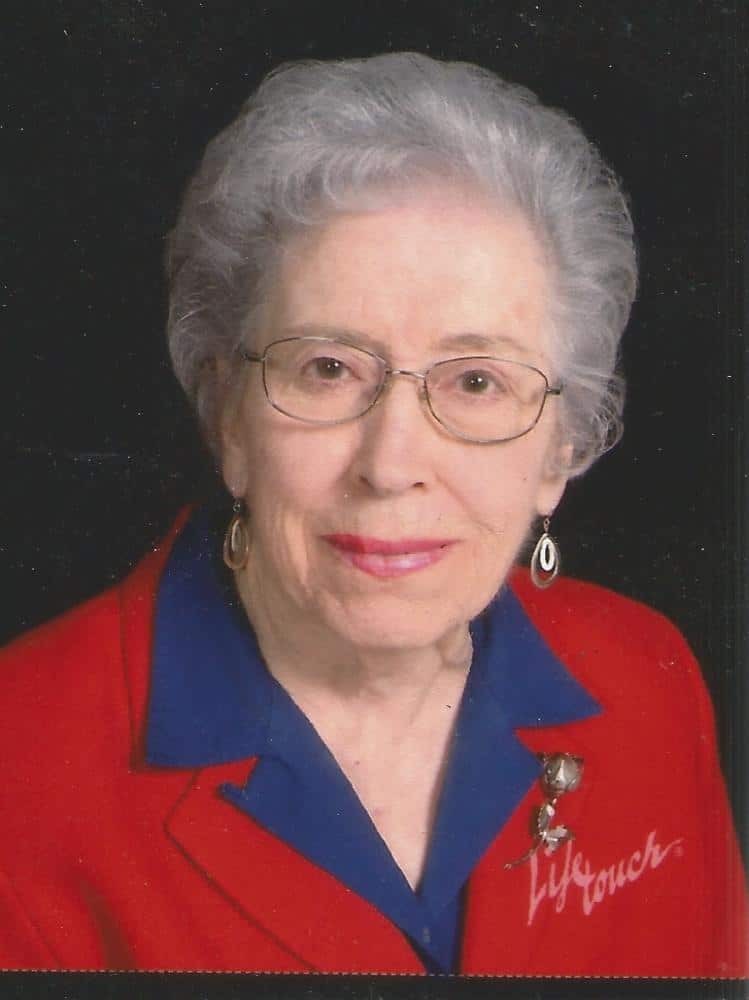 Glenda graduated from high school at Thomasville, Missouri and attended college at Bolivar, Missouri. While there, she met Robert (“Bob”) Stokes, the love of her life, and subsequently left school to be with him after he enlisted in the Navy. After the couple returned to Missouri, they lived in southern Missouri and St. Louis before settling in Kansas City. She and Bob were married for 48 years before he succumbed to lung cancer in 1997.

To all who knew her, the most defining characteristic about Glenda was her devotion to God. She was a committed Christian and lived her life in service to God, her church, and those around her. She lived and loved selflessly for her husband and three daughters, helping them all her life in any way she could. Glenda never wanted others to feel alone, and she regularly invited others who otherwise might have been on their own to join her family for holiday dinners.

Glenda enjoyed fishing, gardening flowers and vegetables, painting, sewing, crafts, and being a grandma. When her father and older sister were alive, she loved their fishing outings and held her own against their skill. She enjoyed family trips throughout the United States and Europe. Glenda was an excellent cook and baker, although she never gave herself as much credit for her talent as her family and friends did.

She returned to school when her daughters were nearly grown and earned a degree in early childhood education. For many years, she taught and then led the preschool program at Norfleet Baptist Church. Glenda loved children and taught them with gentle, patient affirmation.

Glenda was an active member of Norfleet Baptist Church for nearly 60 years. She attended until her eyesight diminished and she could no longer drive safely; after that, she attended regular worship services and Bible studies at The Solstice, where she lived.

Glenda was born September 28, 1929 to Wayne Warren and Elfa Dills Willard in southern Missouri. She is survived by her daughters: Sheila Stokes; Sonya Hubbard (Philip); and Sharon Stokes Hotter (Frank); two grandsons: USAF First Lieutenant Robert McKee and Ian Hubbard; a sister, Nina Griffith (Bob); and a beloved sister-in-law who was always more like a sister, Joyce Krasser; nephews and a niece; and other beloved friends. She was predeceased by her husband, Bob; her parents; her older sister and brother-in-law, Rosa Lee and Jerry Switzer; and her brother-in law, Robert (“Bob”) Krasser.

Glenda will always be loved and missed by those who knew her and remembered for her devotion to her Lord, family, friends, and her church.